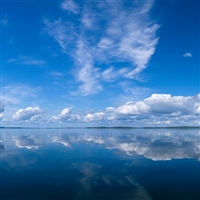 Given how convoluted and bizarre our dreams can be, you may be surprised to learn how frequently certain scenarios recur, even amongst people of different ages, races, religions and genders; perhaps Jung was right, and all humans do share a "collective unconscious." Whatever the case may be, though, the following dreams are some of the most common.

Particularly in an age of widespread access to dental care, you may find dreams of teeth falling out or rotting equal parts disturbing and mystifying. Consider, however, the fact that teeth play a prominent role in social and romantic interactions; without them, we couldn't smile at others winningly or nip a lover's lip during moments of high passion—and, of course, we would be far less attractive. Losing your teeth may therefore symbolize your fears of rejection or of growing old. Given that teeth can also be used aggressively to bite or tear, it is also possible that dreams of crumbling teeth may stem from feelings of powerlessness.

This is perhaps the most common nightmare. Dreams of being pursued by a person, animal or monster almost always involve feelings of fear; you will likely feel certain that being caught would result in harm of one kind or another. If you know the identity of your would-be attacker, you are probably feeling threatened by that person during your waking hours. An anonymous or fantastical pursuer, on the other hand, may symbolize a real acquaintance of yours, but could also represent a set of circumstances or even an emotion that you feel is threatening to overtake you.

Falling dreams are extremely common in the early stages of sleep, and may be accompanied by either muscle spasms (myclonic jerks) that can mimic the feeling of an impact, or by actually falling out of bed. Not surprisingly, dreams of falling tend to occur when you are feeling anxious or out of control with regards to work, school or relationships. Freud believed that these dreams reflect sexual anxieties in particular—namely, that you are on the verge of giving in to one or more sexual urges—but then again, Freud believed that practically everything was the result of sexual anxiety, so it's probably best to take his opinion with a grain of salt.

This scenario is so common it has become a cliché; you dream that you show up to work or school, only to realize that you are either inappropriately dressed or even entirely naked. The key to interpreting this dream is not the situation itself but rather your response to it. Do you feel vulnerable or embarrassed? If so, there is a good chance that you are experiencing similar feelings in your waking life, perhaps as a result of sharing too much information about yourself. Occasionally, however, you may find that you feel free or even joyful in these dreams; positive feelings could indicate either that you are feeling particularly confident or that you should consider opening up more to others.

Being Lost or Trapped

These dreams come in several different varieties, but generally speaking, if you are wandering in an unfamiliar setting or trapped somewhere and unable to get out, it is a sign that you are feeling confused and overwhelmed in waking life; you may, for example, be struggling to find a solution to a difficult problem or agonizing over a life-changing decision. Dreams in which you are lost or trapped often overlap with dreams in which you are being chased, so ask yourself whether there is one particular person or circumstance that is contributing to your anxieties.

If you are currently in a relationship, dreaming of sex with someone other than your partner can be an alarming and guilt-ridden experience. Often, though, sex dreams have little to do with sexual desire. Dreams of having sex with someone in a position of authority, for example, may simply indicate that are feeling more assertive. Similarly, if you find yourself having sex with a stranger, ask yourself whether you've done something particularly daring lately. Sex with someone of the same gender usually means that you are feeling particularly confident in and in touch with your masculinity/femininity, as the case may be. There are countless other examples, but a good rule of thumb is to ask yourself what it is about your dream lover that is particularly attractive to you—whatever it is, it almost certainly says something about your feelings towards yourself or towards your current relationship.

Unlike many of the dreams on this list, flying dreams are almost always positive. While flying can simply symbolize a lighthearted mood, the freedom we associate with it may also suggest that you are feeling unencumbered by obstacles and optimistic about the future.

Another common variety of nightmare, disaster dreams can involve tidal waves, tornadoes, avalanches, mudslides, earthquakes, fires—the list goes on. Although the specific form the disaster takes may have some significance—an earthquake, for instance, may indicate that you have metaphorically "lost your footing"—most disasters point to some kind of crisis in your waking life.

Dreams in which you are late—particularly for some form of transportation—suggest that you either have missed an opportunity or feel you are in danger of missing one. If you can figure out where you are trying to get to in your dream and why, you should be able to piece together the real-life circumstances it represents. If, for example, you are struggling to reach someone you know, the dream may reflect your anxieties about your relationship with that person—perhaps you feel there is a lack of communication or emotional connection.

It's easy to work yourself into a frenzy over dreams that involve you or someone you know dying, but such dreams usually have little to do with actual physical death. Dreams in which you are dying may on occasion reflect your fear of death, but they are more likely a sign that you are in a state of transition. Perhaps you are making a major life-change, like moving or getting married, or maybe it is your identity itself that is changing; have your attitudes or beliefs undergone a major shift lately, or are you struggling to repress some aspect of your personality? Similarly, dreaming that someone you know is dying can indicate a change in your relationship with that person—for good or ill. If the person dying is someone you dislike or fear, the dream may reflect your wish to metaphorically "kill" them.

Leibherr580•Dec 26, 2019•plymouth, Devon, England UK
I see there's not one. for seeing a beautiful woman on a dating site advert . and when you join said dating site . you get women like bull dogs chewing a wasp

More Articles
How to Overcome Stress Naturally Four Lines That Should Not be in Your Online Dating Profile Is Coffee Beneficial or Harmful? The Body Language of Flirting Am I free? 4 Signs You're A Woman Who Is Too Available More Articles
Staff Articles
7 Online Dating Tips For Beginners 8 Strategies to Get You Through Being Dumped by Your Boyfriend Dating Pitfalls: Spotting a Gold Digger How To Avoid The Pain of First Date Rejection 4 Reasons You're Still Single What Makes Forgiveness So Difficult? Developing Your Hidden Intuitive Powers 8 Tips to Live a Life That Is Positive in Nature 5 Signs You're Not Ready for a Relationship Fight Depression: 10 Natural Ways to Weather the Storm Toxic Shame How to Cope with a Stubborn Child Ten Reasons a Man Should Cook The World of Dreams: Common Dream Themes Choosing Wedding Lingerie: How to Wow Your Groom on Your Wedding Night Identity Theft: How to Combat Phishing How to move on after a difficult break-up 4 Tips for Improving Your Dating Life Is Your Relationship Dysfunctional? Whittle Your Middle: 5 Strategies That Work More Articles by Staff (546)

Create a Article
"PLAY NOW: Leprechauns"(meet us in the games)
All Articles Create Article My Articles Posters Comments