Understanding What Men Want in a Relationship 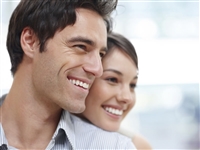 When it comes to relationships, men and women often have different expectations and needs. This disparity comes from the fact that men and women are built differently both physically and psychologically. As the saying goes, "Men are from Mars and Women are from Venus." Closing the gap between the two sexes is not an easy task, but learning about each other is the first step towards a successful unity. Men in particular have simple expectations that every woman should know. Here are some of the most basic things that men want in a romantic relationship:

Men get irritated when women expect them to read their minds. It is much better to simply say exactly what you want and what you mean. If you want to go out on a dinner date instead of spending time in front of the television, then just say so and do away with the drama. Be upfront and avoid situations where your partner will have to read between the lines. What may seem obvious for women may not be that clear for men.

Unanswered text messages and missed phone calls also cause arguments between couples. Some women have a tendency of getting upset when their partner fails to immediately reply to a text message. They throw a fit when their boyfriend does not pick up the phone after a few rings. This is a common pet peeve for men who are busy at work or other important activity. Women should understand that guys need the time to focus on other tasks and will respond to non-urgent messages as soon as they become available.

Communication about what make sexual relations better is very important to guys. Men will appreciate the opportunity to discuss what they want to do in bed and what experiments they want to try. Guys also want to know what works for you and what turns you on. They want to learn how to make the experience unforgettable. They also find it attractive if you mix things up and take initiative in bed. You can be more aggressive and reciprocate some of the things that he does to your body. Be mindful, however, that openly discussing preferences in bed does not mean that you can crush his ego at every turn. Men can be sensitive when it comes to sexual performance. It would be best if the discussion were both fun and constructive.

Trust is a big concern for a lot of relationships. This is especially tricky if one of the parties has a history of cheating or flirting with other people. Guys in general detest it if women continuously spy on them or read their personal messages. Nothing is more irritating than a girlfriend who gets jealous without any valid reason. Women should also accept that it is possible for their boyfriends to have a platonic relationship with another female. It is okay to be protective and territorial as long as you act within reason. If you have been in a relationship with your guy for more than six months and you still have trust issues, then it may be best to reconsider the relationship.

Respect the "Me Time"

Boys will be boys, and they will occasionally want to hang out with their buddies. This is normal behavior and you should not be upset because you have not been invited to go with them to a sports bar or a hockey game. Understand that sometimes, distance makes the heart grow fonder. Men who are given personal space appreciate the romantic time together so much more.

Do Not Be Insecure

When your man gives you a compliment, embrace it and thank him wholeheartedly. Do not disagree if he comments on how great you look in your pink dress or notices that you have lost a lot of weight. Men find it ridiculous that some women do not appreciate the compliments they receive. Similarly, do not play down your abilities and strengths if you are excellent at sports or a genius in academics. Confidence is sexy. Insecurity is a big turnoff.

You should also bear in mind that while he is head over heels in love with you, he would still find other women attractive. Men will ogle at passersby who show off their nice legs and fantasize about a hot celebrity he saw on TV. This is not a reason for concern. At the end of the day, he still chose you.

A healthy romantic relationship involves two people who mutually want to nurture and cherish what they have. Things will be less complicated if both parties take the time to get to know what the other person expects from the other. With this knowledge, trivial misunderstandings will be avoided.

CestMero•May 18, 2018•Rostrenen, Bretagne France
I agree that both sides need space and that discussion of all things is the most important part of a relationship but getting angry and upset is surely something which happens because of a lack of communication.

I need time to calm down before I can discuss things if I'm upset to that point. I'm pretty easy going- but sometimes a complete lack of awareness of what is going on in another person- or worse yet, complete disinterest- frustrates me to no end.

I communicate worlds better by text, email or other written words- because I can find the exact word that doesn't overstate or neglect what I'm trying to get across.

In real conversation however, I am usually torn between getting my point across in a fast manner- & finding the right words. Hence, sometimes I come across a lot stronger than I intended.

I think a lot of that article applies to both sexes- & my experience would add that it would be a benefit to many men to listen more- :) Lol

Semsu•Dec 9, 2014•St.Johns, Saint John Antigua and Barbuda
This article go in most issues strait to the point and could be good for every woman to read.
Still,I am a very different man and I don't respect that "Me Time" for my self, as not for my Love one either, I am the one for mutual time and as much as possible together.
Also,when I have an own Partner, I don't in the fact see anymore any other woman on this Earth, I am not interesting about other legs or making fantasze either....but in contrast my Partner has to show her Body so much as possible to me from begining,because I build in her Body as the only one and the most good looking of anything....aur mind and memory are very similar to computers, so if we use self controll and focus only on one thing, then it build it self up as that in our unconscious.
Hot celebritys is just hot celebritys, because the collective unconscious has been feeded with these tends for years and years.

21641•Dec 9, 2014•anchorage, Alaska USA
very good advice,wish more women would read this,an wish I could e-mail its entirety to some mixes up women I have met here on c s!!JD Dwyer

JaquiG•Feb 18, 2014•New Westminster, British Columbia Canada
It's be careful that you don't push him to the point that you can't resolve the problem, not a a guys needs are greater than a womans, more like, the communication needed to resolve issues can't happen if one person reaches a point where communication is not possible.

FriendlySabine•Feb 15, 2014•Toowoomba, Queensland Australia
Thanks JacquiG for sharing that info from the seminar, all very interesting. But I wonder why is it that u suggest women be extra careful of the mans needs at the time of an argument, specifically his need for silence. Wouldn't it cut both ways? Why would his needs be greater than hers?

JaquiG•Feb 14, 2014•New Westminster, British Columbia Canada
In an assertiveness seminar I attended they had an interesting idea about Communication in a relationship, specifically when it is a disagreement.

Ladies, if you get him emotionally distraught [ pissed off, upset, angry ] you have taken away the majority of his ability to speak.
When a guy says I don't want to talk about it right now, it usually means he is to angry to think or articulate and he needs the time to cool off in order to be able to talk about it.

This is the exact opposite of what happens with women, they get angry / upset, their ability to communicate increases.

The seminar leader suggested that this goes back to before recorded history, men were silently stalking food [ silence and focus required ], women were chattering while gathering food and watching the children [ activities made easier with the group and talk ]

hmm, focus, interesting, ever noticed how hard it can be to distract a guy when he is completely focused on something? Think a highly developed capacity to focus in men from the hunter / gatherer era might have something to do with that? ;)

The silence needed from the same time period made stressful / emotional situations reduce a males capacity to speak.

Like I started with, an interesting idea for the dynamics in a disagreement [ argument / fight ] between a couple.
Post Comment
More Articles
The Silent Treatment: Does It Work? Promote Honesty to Stop Lies Rejection Can Often Lead to Happiness Tips For Ending A Bad Relationship Understanding What Men Want in a Relationship HOW TO CHECK AN EMAIL WITHOUT OPENING IT More Articles
Staff Articles
Developing Your Hidden Intuitive Powers 8 Tips to Live a Life That Is Positive in Nature 5 Signs You're Not Ready for a Relationship Fight Depression: 10 Natural Ways to Weather the Storm Toxic Shame How to Cope with a Stubborn Child Ten Reasons a Man Should Cook The World of Dreams: Common Dream Themes Choosing Wedding Lingerie: How to Wow Your Groom on Your Wedding Night Identity Theft: How to Combat Phishing How to move on after a difficult break-up 4 Tips for Improving Your Dating Life Is Your Relationship Dysfunctional? Whittle Your Middle: 5 Strategies That Work How to Trust Again Supporting a Friend Who Is Grieving 10 Weird Trends of 2017 How to Tell if You're Dating an Alcoholic Good Reasons to Dump Your Man How to Avoid a Miserable Relationship More Articles by Staff (540)

Create a Article
yachtsman_7: "wandering anger"(meet us in the poems)
All Articles Create Article My Articles Posters Comments