Pardon Me For Saying So.

This is not the first time that a disgruntled member or ex-member took to stirring shit from another site. About five years ago somebody did the same, only he opted for YouTube signing in with his Google account instead of Twitter. I was the main objective of his rage. He also had a fan base here who spurred him on; some of them are still here and we're friends today. I did not get abusive when some people supported my foe. I just had to endure it. Besides, one or two of the current victims were my foe's supporters so I see this as some form of Karma.

When I finally learned about the ‘plot’ against me I took him on where he was slinging his mud from but he simply deleted my retorts and it left me powerless. Then I did what I should have done in the first place. I ignored him. For all I care he may still be doing it; I don’t know and I don’t care.

What is happening here now is polarising the blogs and exactly what our ghostwriter wants. I believe some of us know his/her identity, some have a very good idea and others are grasping around in the dark but it does not matter. The point is, he or she is out of reach. I don’t know when last one of you had taken an overseas resident to court but I can almost guarantee you that you will cripple yourself financially in the process and in the end only two attorneys will make money. They won’t touch such a case without a huge sum upfront, so don’t even think in that direction.

Resorting to foul language, name-calling, and idle threats is not on and just an indication that you are at the end of your tether. So come on, be realistic. Fighting fire with fire here is not going to help. And we're not in Grade 2 anymore. Pulling hair and sticking out tongues are way beyond us now. For somebody who normally deals with problems as they raise their heads, this may seem like strange advice coming from me but ignore our ghostwriter. He or she will get tired of it sooner or later. And don't take it personal if some of us find this funny; these are the blogs. Learn to laugh at yourself, it is much more rewarding.

Let's get our blogs back to what it was a week or two ago.

who is doing this, he/she hates me the worst

CatfootOP•Sep 15, 2019•Around here, Western Cape South Africa
Eish, Pedro,
It's not important who's doing it. What's important now is for you to shake it off you. Sticks and stones can break your bones but words cannot hurt you.

Come on young man, you have been in this long enough. They can only get to you if you let them.

wise words there thanks I will take your advise, there words don't harm me

UnFayzed•Sep 15, 2019•Tampa, Florida USA
I guess I've gotten real good at not reading certain blogs that I am totally clueless to anything going on.

Dongg•Sep 15, 2019•Wainscott, New York USA
Are you ignorant or just the apathetic?

Hoober•Sep 15, 2019•Doncaster, South Yorkshire, England UK
You are not fooling anyone, Dongg, you are not Chinese.

LucyMaud•Sep 15, 2019•unknown, Alberta Canada
Must say that I have no idea who the tweeter is. Some of the posts poke fun; others are mean which leave a bad taste. However, I agree that the name calling, finger pointing and other childish antics on the blogs need to stop. It's self-demeaning and vulgar. Some of us don't like what happened here, others don't mind. Those who don't know what transpired aren't in a position to make an assessment. In any case, it's in the past and doesn't need to be resurrected every week.

Mercedes_00•Sep 15, 2019•Greater Sydney, New South Wales Australia
I don't give a rat's arse what is spat at me..Whilst they flap their shrinking gums about me they're leaving some other poor bastard alone.

Cyber chit chat crap doesn't affect my life at all.

johnjjm•Sep 15, 2019•co westmeath0000, Westmeath Ireland
some are very sensitive and take to serious last week was great crack here hope it stays like this and people see its all just virtual ...

CatfootOP•Sep 15, 2019•Around here, Western Cape South Africa
No problem Bea,
I always end up paying, so it never mattered whobwon the bet.

CatfootOP•Sep 15, 2019•Around here, Western Cape South Africa
Hi Barrydongg,
You should invest in fishing gear. It does wonders to a turmoiled mind.

CatfootOP•Sep 15, 2019•Around here, Western Cape South Africa
Hi Mercedes
One has to be thickskinned to survive here. That's something I discovered in a most brutal way

I. Think I heard about it. It was just before my arrival here

online today!
chatillion•Sep 15, 2019•Boca Raton, Florida USA
johnjjm
some are very sensitive and take to serious last week was great crack here hope it stays like this and people see its all just virtual ...

john, I had to read this a few times.

crack to an American is this: 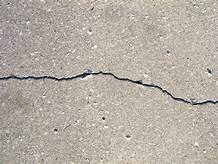 Are you talking about craic ?
I picked that word up from an Irish music board. Different pronunciations, but most of the time it sounded like 'CRAY-ick'

M4_Mischief•Sep 15, 2019•Belleville, Ontario Canada
I was sooooooo upset I had to hit the virtual bottle.....

CatfootOP•Sep 15, 2019•Around here, Western Cape South Africa
Hi Chat,
A crack is a joke. The word can also be used as a verb as to crack a joke.

CatfootOP•Sep 15, 2019•Around here, Western Cape South Africa
Mischief,
Then I better remove the temptation before you become a virtual alcoholic.

In case you're wondering what I'm doing up at this ungodly hour, I cannot sleep.

online today!
LaFonda•Sep 15, 2019•Irving, Texas USA
Drama, drama, drama. There has to be a time when people say they are too old for that shit.

I post and move on. Any thing after my post falls on deaf ears (I should write blind eyes) lol

Dongg•Sep 15, 2019•Wainscott, New York USA
I think it obvious. Some peoples have boring life. They like create the drama becase so boring. Make them feel not so lonly.

Bellanna•Sep 16, 2019•Platz, Appenzell Ausserrhoden Switzerland
What have you (members of this place) done to all those people in order to make them become so jaded and hate you so much? You must have hurt them really badly...

mollybaby•Sep 16, 2019•Cork City, Cork Ireland
Chat, FYI craic is promounced exactly the same as crack.
And yes we know what the drug crack is here too.
There are lots of other leanings for crack too, but only one for craic - fun.

I think I have moved 7 times in that time

you must have been hurt bad to remember what happened. I vaguely remember but no details, I was going to meet one guy near me who you argued with but he renegaded in the end.

Could be he was not who he said he was

This last episode, well now someone has done their homework to write all that down, and how was it found and brought to our attention. you hinted at it before the shit hit the fan about my birthday fireworks

It is sad when the fun on some comments went to insult others who as I see it cannot shrug it off, Means they cannot say it face to face were the rest of us could pile in with support. I did have a laugh at some though and learnt a bit about some bloggers too.
I am afraid I do not read every blog, can see undercurrents, but it the main do not know what the trouble is.

I was surprised to learn about my friend itchy

did she realy do that to nam

or was it a joke gone wrong.

Anyways in the main I blog then get about my tasks and that is that.

CatfootOP•Sep 16, 2019•Around here, Western Cape South Africa
Hi Bellana,
Note that you are also among the 'members of this place' but you are generalizing. There are some people unhappy for various reasons and some people have been hating each other's guts for a long time. Some unhappiness is towards the mods. I fear you will have to be a bit more specific before I can try to explain; not that I know all the answers.

CatfootOP•Sep 16, 2019•Around here, Western Cape South Africa
Hi Serene,
And who would that be? Can you be a bit more specific?

CatfootOP•Sep 16, 2019•Around here, Western Cape South Africa
Hi Molly,
Thanks for clearing that up. It seems that the Irish crack differs slightly from the S-A crack.

CatfootOP•Sep 16, 2019•Around here, Western Cape South Africa
Hi Red,
Yes, it seemed as if the whole place was against me at the time and only Simmo stood by me. Luckily it was just a few working together with a large silent majority.

I only became aware of the latest when Lojac posted his Dear Diary blog and at that stage, it was just old fashioned mockery.

Re Itchy; I hope this is not going to flare up again. No, not a joke gone wrong; more like a well-intended action using the wrong method. But enough of that.

Sad to hear that about itchy,

Yep now your jerking my memory a bit, still you are slightly

if I can remember you and I were not without sin

Still time goes on cat and my next birthday bash (when I am 80) I will invite you, they have fire ladies who could lift you to safety

Post Comment
More Blogs
nature tells us ... Ordeal At The Store MY ENCOUNTER WITH A SCAMMER UPPERCLASS The interpretation of the most adorable concept, "THE CONFESSION" (Jesus Christ): My Perspective. Flowers or chocolate was the question... The Wind From The East. More Blogs
Catfoot Blogs
Shopping Carts What Happened To Waterbeds? Oversensitivity A New Look At Relationships Karma My Ship Came In Want To Be A Genius? When is a thief a thief? English As A World Language Putting Paid To BBQ Fires Insanity The Trolls Of CS Pardon Me For Saying So. Aren’t They Cute? Speciesism And Racism Never A Dull Moment In The Blogs. Sulking Lovers No Such Thing as a Good Dog Keeping It Up The Prodigal Son More Blogs by Catfoot (718)
Catfoot Contributions
Blog (718) Blogs (718) Forums (240) Quiz Scores (36) Threads (32) Polls (30) Games (9) Quizzes (6) Articles (5) Poems (5) Poetry (5) Top10s (4) Quizzes (1)

Create a Blog
southmiami4321: "Treasures of the heart"(meet us in the poems)
All Blogs Create Blog My Blogs Bloggers Comments