It needs to end now

I agree with this editorial. Use the link below to read it for yourself.. 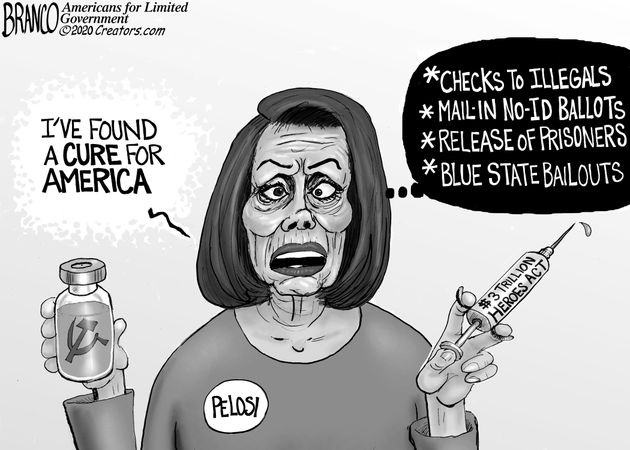 Former WHO doctor says coronavirus cases are not increasing as expected in areas that reopen
"It's as though something has changed, and none of us can explain why.”
A former official of the World Health Organization said on Tuesday evening that there has not been an increase in coronavirus cases around the world as countries and societies begin to lift restrictions.

"As you look at all the data around the world where people have come out of lockdowns, things are actually going along quite nicely on the whole, and it's strange," Professor Karol Sikora, an oncologist and professor at the University of Buckingham Medical School, said during an appearance on Laura Ingraham's show. "It's as though something has changed, and none of us can explain why.”

When asked about increasing immunity to the virus, Sikora said, "there are almost certainly other immune mechanisms going on, including T-cells, helper cells, natural killer cells, a whole range of things that we don't understand as well as we understand antibodies."

In reference to the antibody tests that have become popular, Sikora observed, "You measure what you can see, rather than what you probably really need to measure."

Sikora is skeptical of the "doom-laden theories" about a second wave of the virus coming in the fall. He says that sometimes a pandemic's conclusion can be mysterious and initially difficult for the medical and scientific communities to understand. "We've seen them peter out, we don't understand this petering out, despite all the very sophisticated computer mathematical models we've seen, we just don't know what's going to happen."

President Trump has repeatedly threatened to end U.S. funding to the World Health Organization due to its pandemic response. In a letter addressed to Director-General Dr. Tedros Adhanom Ghebreyesus, the president wrote, "I cannot allow American taxpayer dollars to continue to finance an organization that, in its present state, is so clearly not in America's interests."

If the organization “does not commit to major substantive improvements within the next 30 days, I will make my temporary freeze of United States funding to the World Health Organization permanent and reconsider our membership in the organization," continued the letter.

online today!
Rebootx•May 21•Avalon, Dublin Ireland
Most responsible people will do their best to stick to the safety guidelines. We just need to avoid people who are obviously careless. I think we should be let out. Remember when we had Diesel fumes and smog. If this couldn't have been fixed we would have been wearing Gas masks for the past 30 years. So I'd say get on with it and get used to it.

online today!
Bearwoman•May 21•Northgate, Ohio USA
Who do we blame for all this mess???

online today!
Rebootx•May 21•Avalon, Dublin Ireland
Apparently in the U.S. in one State It can be traced to one man.

online today!
SoonyuleknowOP•May 21•Guadalajara, Jalisco Mexico
A lot of damage has already be done to retail stores. The mall where I'm at reopened yesterday and I decided to check it out. Only about 25-30% of the stores even bothered to open. There were a few people buying stuff but not many. The food court was about half open, but all the tables and chairs were removed and I didn't see anyone eating. The mall wasn't exactly booming before COVID, and this crisis will likely be the end for many. And the empty spaces and reduced traffic will hurt the ones who try and hang on. And who would want to open a store in a dead mall?

Another problem will be that a lot of people have gotten used to buying online now due to the lockdown, and getting them to go back to shopping at the brick and mortars will be difficult. So cities may find that taxes they collect from the businesses will be reduced. I guess they will try and raise taxes on the ones that remain to make up for the shortfalls.The longer the lockdowns go the greater the damage will be.

online today!
Bearwoman•May 22•Northgate, Ohio USA
To both ladies above me within this blog topic.How would you both suggest how we go about to bringing the virus to it's end?
Post Comment
More Blogs
I got my own imperfections. I Want One Every Home Should Have One Bacon Cheeseburger Tater Tots Casserole Unmasked... Virus vaccine trials on BCG look promising but no quick fix More Blogs
Soonyuleknow Blogs
Elderly man beaten in nursing home. Biden calls blacks who vote for Trump Uncle Toms It needs to end now Comparison of the four most populous states Mr. Wilson and Jessica God sent Trump an angel Joe Biden was against unmasking before he was for unmasking. YouTube censors epidemiologist Knut Wittkowski for opposing lockdown Guess who this is. The bodies are piling up in Mexico City. Flynn unmaskers have been unmasked themselves., Lying, plagiarising Joe Biden on tape. Tara Reade interview by Megan Kelly Robot dog to enforce social distancing. Black jogger shot in Georgia Japanese bees killing a murder hornet. The battle of the bulge has been won. Corona virus sung Beatles style Steven King nailed it Did Bill Gates steal MS-DOS? More Blogs by Soonyuleknow (67)
Soonyuleknow Contributions
Blog (67) Blogs (67) Forums (14) Threads (14)