Is it just snowflakes or has everyone gone nuts?

I listen to a scanner. And live near a greedy tourist trap area. Plus follow the news. Has everyone lost their mind. Is it a case of boredom, no school or work, spoiled kids or just the breakdown of society?

A teen black girl goes to a waterpark, flashes people, attacks another person and heads off with 2 others. I carload of city blacks pulls up to order at fastfood and does it by swearing, calling the worker stupid and when told they are refused service starts harassing him worse and calling him prejudice. Cops called and charged them with disturbing the peace.
Statues are razed no matter who they represent. Shootings like the wild west all over, stabbing, rioting, looting and thefts galore. Teens stealing cars and crashing them. Break-ins, robberies, holdups and more.
It seems that all the protests have put it in the minds of some that the cops will no longer enforce laws. The race cards is pulled at any excuse. Sorry, makes no difference what color you are, a hoodlum is a hoodlum and deserves to be arrested.
We have cities being taken over by mobs and allowed by idiot mayors and governors who lack a pair. What about the average sane people who are being looted and terrorized. Don't they count or have rights anymore?
I am happy I live in the boonies. My idea is live and let live, who ever lives right. Come and harass me and I will call the cops. If they can't get here in time, I will simply shoot you. End of issue.
Don't play the discriminated with me. I see people all over who have overcome bad starts and obstacles and made a good life for themselves.
I have lived through Vietnam, being a woman, working for small pay and dealt with it. If I didn't like a guy sexually harassing me, I ignored it or told him off or slugged him. Part of my life. So what. Glass ceiling...oh well, did the best I could. Got fired cause my hair wasn't coiffed to suit the boss. Got fired because the woman who was screwing the boss wanted all us young gals gone. So what..their loss, not mine. Don't want to work for jerks anyway.
We had generations who dealt with crap. Worse than many of us have ever dealt with. Instead of whining, destroying what they didn't have, asking for handouts, they worked to improve their lives. And didn't do it just by marching and partying in mass and saying we want.

online today!
bcjenny•Jul 25, 2020•somewhere in B.C., British Columbia Canada
Also thinking what will it be like after November 3?, scary thought for sure

online today!
kpthatsme•Jul 25, 2020•Chicago, Illinois USA
Orzzz....they're all nuts! They're tearing this city apart. Part of the reason, I believe, is no one will stop them. Our mayor is more worried about protecting the rioters oops I mean "peaceful protesters" than her own police force. I compare them to a spoiled child having a temper tantrum. If you give in, they'll keep doing it. If you stop them in their tracks, they'll at least, think about it the next time. Hose a few of these hoodlums down. Show them you mean business - eventually, hopefully they'll think twice next time. The problem is no one is on the same page. Protests to "defund" the police have bee happening at our mayor's home. Hmmm funny her home is surrounded by police. Why not send your security home and see what happens? That ain't gonna' happen! It's just nuts!

OrzzzOP•Jul 25, 2020•Portage, Wisconsin USA
If Trump wins, Dems commit suicide. If Biden wins, sooner or later we will all kill ourselves.

online now!
chancer_returns•Jul 25, 2020•Dublin, Ireland
It's a combination of things i think. The lockdown obviously has people on edge and concerned for what may come. Then you have the crazy imagery on social media of rioting looting unprovoked attacks and that just gets people MORE on edge. Then you have certain politicians and media who want to exacerbate it FURTHER! It's an exercise in dysfunction. It's important to detach (in a sense) from the craziness, and remind ones-self what is important, and to concentrate on what we can control, and try not to pay too much heed to that which we can't.

OrzzzOP•Jul 25, 2020•Portage, Wisconsin USA
Mom called the Dems the tax and spend. If Biden gets in, taxes will go up. The lazy will get handouts and the workers can pay more for it. Anyone who thinks the Dems will make it all better are living in la la land. The important thing is to vote Repub across the board. If Biden gets in he can run head on into a Repub congress who can block him at every turn like the House has done to Trump.
Paybacks are a b*tch.
We may not be Sovereign Citizens or Posse Comitatous, but, we are survivalists and willing to protect ourselves. Cops are handy, but guns are faster. And saves court costs and paying for a lifer.

online now!
namaron•Jul 25, 2020•Seekonk, Massachusetts USA
"LIke Everything Else In The History Of Conflicts?"

It's so disheartening...they don't seem to be cognizant of that fact.

online today!
WilleyGHorses•Jul 25, 2020•Aspen Park, Colorado USA
Several things to consider: As you said, sequestering, masks, 'hatred', judgments, boredom, etc. The general stability of the planet has been turned upside down and people are REacting rather than acting. You MIGHT want to watch this YouTube video:
http://youtu.be/MY8Nfzcn1pQ
On the more POSITIVE end of things, use your phone to go on to 'Tic-tok' and Hashtag in: Lightworkers. You see a high number of general people who have good things to share that you WON'T see on the news,
or hear on the scanner. These "sources' are heavily biased so what they tell you is, sadly, rarely the truth anymore.
IMO we ALL need to see beneath and beyond the stories we are told, research what we hear to validate it and keep an inner space of Harmony through all of this.

If these self-proclaimed sjw/cancel culture...blms, abcs, edf, antiFas, and too many other letters to name, don't stop their present disrespectful destruction, bad things aren't too far away. 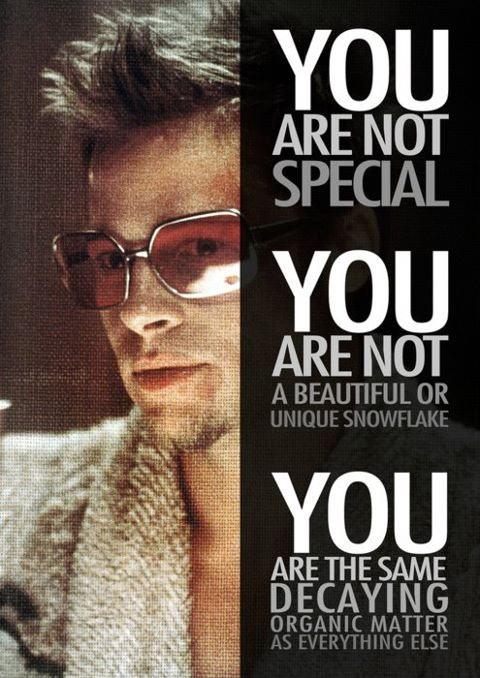 You are not a beautiful and unique snowflake, clearly struck a chord..

OrzzzOP•Jul 27, 2020•Portage, Wisconsin USA
Tried to view the video but it said no longer available. Probably more of youtube censorship.
Can't go to tictoc..land line push button phones don't do social media. No smart phones for me.
What is bad is any sane voices get buried under the rantings of the few crazies out there.
Saying of long ago..never argue with a jackass. It only irritates the jack and makes a fool of you.
These manics are so convinced they know it all, nothing short or catching covid and almost dying or getting shot by a looter will sink in.

goldengloss•Jul 27, 2020•Dublin South, Dublin Ireland
Orzzz I saw today in Newspaper [Irish one ] so no agenda photos of a Black Panther style militia in Louisville , it was a huge demonstration ~ Black lives matter and the guns and ammunition and general demeanour of the gang was quite frightening even looking at the photo.
Underneath was a barricade and another armed gang, The Kentucky Three percenters , seemingly a right wing pro -gun militia just as aggressive and angry looking but white.
We have some gangland killings going on and people getting shot but this seems to be out of control and yes, it is angry people, lawless people. It must be quite frightening for people living alone, the elderly and anyone witnessing this.

TTKSpectre•Jul 31, 2020•St.Louis, Missouri USA
Libtardism is not a movement that will be defeated by Pres Trump's re-election. The core of that group follows the religion of politically correct. Those creatures are not going away.

OrzzzOP•Jul 31, 2020•Portage, Wisconsin USA
If we become any more PC, everything and anything will be incorrect. Say anything to anyone and get grilled as to what you mean and is it correct!

Can't say bedroom, that is s*xual. Can't ask for black coffee, that is racist. Can't say thank you because that is condescending. Half the bible will be cut out due to not being PC.
The nut jobs will rule.

Post Comment
More Blogs
Old School... Don't Stop If You Are Alone The Amazon driver’s attack on an older woman is an important warning Fewer nukes stockpiled 2021, more primed for launch, as US and Russia upgrade arsenal God Himself Could Not Sink This Ship Cackling Kamala finally visits U.S. Mexico border More Blogs
Orzzz Blogs
OK, had to watch this infomerchial. Coon trouble. AGAIN! IT is NOT over! Sometime it must be spring. Handouts to the poor. The age of who cares. I hate varments. Walmart sells white slime. That dr. licence renewal time. Connection hopes. Electric cars are a joke. Avoid Aetna/CVS/Accendo Could I please go postal on an insurance company? The Maquis de Sade Happiness if a full woodshed. The Iceman cometh. I survied going to town and dentist! Well laid plans of mice and men. Fall..tis the season to panic! The real world of tourist traps. More Blogs by Orzzz (32)
Orzzz Contributions
Forums (573) Threads (67) Blog (32) Blogs (32) Polls (8) Groups (1)

Create a Blog
XuanMai: "I love you"(meet us in the puzzles)
All Blogs Create Blog My Blogs Bloggers Comments