Our generation had this issue solved a long time ago. It's the millennials that have resurrected an old issue and made a big deal about it.....

online today!
jlvlv•Aug 2•Las Vegas, Nevada USA
One cop did something bad and overnight we had "systemic racism". Obviously a Dem ploy due to Trump's popularity with the black community.....just another one of their sick and ugly scams.....this one causing even more death and destruction.

online today!
Vierkaesehoch•Aug 2•Ocean Coast, Maine USA
Hey, Hans. Yes, and to extend the logic, ALL lives matter. Including those of pre- and certainly post viable human living young, in utero. Otherwise called sentient, pain perceiving, babies.
The chemical "therapeutic" abortions are brutal enough. But can't hold a candle to having to watch and participate in the D and C procedure, or vacuum techniques.
But more to your main point, ALL black lives matter. Sadly this is lost on US Democrats, who continue to harm and even contribute to the deaths of minorities, not to mention hurting their once robust family life, and educational and employment chances. How.?
By largely ruling in the US inner cities, directing the mess that is US government education via the Corruptanti-child Teachers' Unions, and decades of unimaginative protocols for the dole. And making up almost all of the backbone of the KKK, the Confederate rebellion, slavery (the parts not facilitated by African Tribal Chiefs) and Jim Crow. Lots more, but these are the main points
Vote Biden, proto-racist, in the day, now trying to "Ak" otherwise.
And don't just take my words for ALL, yes, ALL of this. Trust, but verify.

online today!
CelticWitch64•Aug 2•Galway, Ireland
A whole pile of excuses, one on top of the other.....

online today!
Lukeon•Aug 2•Port Elizabeth 6000, Eastern Cape South Africa
Sad news from Disney.
This is so disappointing.
CNN reported today that Walt Disney's new film called "Jet Black" the African-American version of "Snow White" has been cancelled.
Don't know if this is true but...
All of the seven dwarfs: Dealer, Stealer, Mugger, Forger, Drive By, Homeboy, and Shank have refused to sing "Hi Ho, Hi Ho" because they say it offends black prostitutes.
They also say there ain't no way in hell they're gonna sing "It's off to work we go."

Lukeon...
the white version was just as creepy.
IMHO.

online today!
goldengloss•Aug 2•Dublin South, Dublin Ireland
Hans ~ I love that song. Also Stevie Wonders Ebony and Ivory.
I think PC is gone crazy. we had a saying here [a compliment ] he's a great worker, works like a black. That is now not allowed.
What will happen to all the kids stories and Disney movies it really has gone crazy.

.... First of all this IS NOT a political blog, so you can hop off of your soapbox for awhile.

However there is one issue that we are all aware of, corruption DOES start from the top...

Yes, this song has been a long time favorite of mine after hearing it on the top of the charts back in the early '70's. Glad that you liked it, Girl...

.... Thank you, and pass the message of that song on to anyone that will listen....

..... There is probably a thread of truth in everything that you read, mate..... 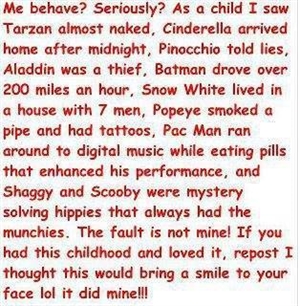 ... Yes the whole world has gone crazy over PC, however I've never been one to have a filter on my mouth, typing however gives me more time to think about my response as I never know who will be reading my writing...

The other Disney is a good one also.
Isn't it funny that people who live in this time, think it is so bad. Maybe they ought to think more of what has been gained and think about their ancestors.

.... OK, you do have a point at some level but this issue SHOULD NOT be a political problem. You reside in a country where it is said that 'All men are equal'.... albeit a major stuff-up when it was quoted by Jefferson as part of the U.S. Declaration of Independence all along while he himself was a slave owner.

The so-called BLM issue is something that every man, woman and child needs to resolve and not the government. The government cannot make you like someone.

Therefore I say, let's NOT make this a political blog, rather a person to person blog and personal opinions about 'Love thy neighbour' and maybe find some more songs in support....

Not yet a woman

online today!
jac_the_gripper•Aug 3•..., South Glamorgan, Wales UK
In response to: Our generation had this issue solved a long time ago.
Previous generations may have chipped away at racial discrimination, but they didn't solve it by any stretch f the imagination.

This generation won't solve it, neither will the next.

These things take time and it happens gradually.

The pandemic has served to create a number of paradigm shifts, some of it healthy, some not so healthy.

It's been a big step forward in our consciousness about how we devalue many people in our societies for no good reason.

It's been an opportunity to realign our values.

Long may the momentum be sustained.

online today!
ChesneyChrist•Aug 3•Manchester, Greater Manchester, England UK
It's not our fault that we were raised by hippies and it's not their fault they were raised by people so pleased to have survived the war that they spoiled their kids rotten. Every civilisation has a sort of lifeforce that gets spent over time, senile and decadent it becomes too weak to defend itself Rome wasn't torn down in a day

ashlander•Aug 3•In God's Hands, Oregon USA
That premise is not the same as saying -one generation away ( grandkids) do not have the same influences that their grandparents had.The parent could have adhered and passed those values-but it not likely, but not in an economic decline.
The evolution of government involvement in families
has expanded it's scope through family agencies: health education and sex education, medical issues and by these introductions have we evolved or declined. It depends again on what the most influential age is to perpetuate changes.The age of enacting policy changes seems to be the rebellious and inexperienced, of college age regardless of income and the student loan debt prohibits it.
The commitment and passion of males that age are not towards procreation.So Families start way past 30 years old now and most countries have a decline in birthrates.How long will adults continue move back home prior to their parents needing them.
Who is accelerating the decline, the 1 %.
It is our money utilized for change taken through the 1% , investors of change.
Same as change was viable through the Rockefellers and Rothschilds.Robber Barons.
Repeating history no, a decline yes.
No longer are agriculture and manufacturing valid investments on a large scale but technology and medical equipment and pharmacuetical are.

Tell me how this replicates a Roman Empire.

online today!
ChesneyChrist•Aug 3•Manchester, Greater Manchester, England UK
And your generation is to the west what Christianity was to the Roman empire. A second religiousness that despises the mighty past. A universalist plague where every value that built the Roman is inverted until it becomes this preference for barbarians. The second religiousness comes after you've inherited that much moneypower and consumed everything.

Traditional Christianity in the west is completely different because it didn't take Jesus or equalism seriously. Our ancestors were very much living in the real world, but the equivalent to the baby boomers is late-stage Rome. Entertaining ideas not of this world and heaven knows what would come out of it.

online today!
ChesneyChrist•Aug 3•Manchester, Greater Manchester, England UK
And this is why the right is the left in a weird way. Because the enlightenment was in the past where the future contains the second religion. Progressives are a priesthood where the first shall be last and the last shall be first, nothing you can say can assuage their belief in the supremacy of blacks or their idea that white people have no soul.

ashlander•Aug 3•In God's Hands, Oregon USA
Thank you Chesney there was a reference to " Progs", on another blog.Got it.

online today!
jac_the_gripper•Aug 3•..., South Glamorgan, Wales UK
In response to: It's not our fault that we were raised by hippies and it's not their fault they were raised by people so pleased to have survived the war that they spoiled their kids rotten. Every civilisation has a sort of lifeforce that gets spent over time, senile and decadent it becomes too weak to defend itself Rome wasn't torn down in a day
What about those who had to raise themselves because their parents survived the war?

What wrapping paper and ribbons do you have for them?

(I'll give you a clue: It should be at least 10 years old and ironed flat every use,)

.... A little off topic but I forgive you Girl and give you this in response to your clip.....

.... OK you're probably right but when I was referring to "Our Generation" I was counting most of the people of my age that I grew up with who seemed to have come to terms with it and treated the local indigenous people with a lot more respect. As for the rest of the world, maybe not so much.

(Seeing You Brought It Up)

"Is That Thomas Jefferson Had A Clause In The Declaration"
"That Spoke About The Black People...In Their Favor"

... Both you and Jac are right, it's going to take many generations before racism is quashed all together.... not going to be resolved in our time.

Create a Blog
Prometheus1: "Just an enigma or a fool?"(meet us in the quizzes)
All Blogs Create Blog My Blogs Bloggers Comments