The Utah Department of Public Safety department helicopter was helping Utah Division of Wildlife Resource and spotted a tall metallic monolith in a remote area of the Utah desert.
Photos and videos of the object went viral and it was described to be something like the monolith from the science fiction movie 2001: A Space Odyssey, less the monkeys.

It's not known how it got there, who did it, how deep in the earth it's erected. It appears to have been man-made from stainless steel sheets that were riveted in the corners.

Today, in the news, it's reported the monolith is gone and only a flat plate that marked the location remains. online today!
rizlared•Nov 29, 2020•Temp accom with my son, Worcestershire, England UK
It has certainly made a talking point, a pleasant break from the Election BS.
So who took the time to make and place this Monolith is the 65000 dollar question?

ooby_dooby•Nov 29, 2020•Ashland, Virginia USA
In my valuable, very valuable opinion, this Monolith design, construction, and placement was executed by someone as an effective, very effective prank, with the goal of diverting attention away from himself.
Who is this person and how could he afford such an elaborate and expensive, very elaborate and expensive
Prank? If I'm correct, I'm confident, very confident, you can find him in a basement of a big, very big building not too far from the Patomac river up in MD.

BTW, my new writing style was inspired by the cheese omelette from Maine. I sincerely, very sincerely hope it's as annoying, very annoying to you, as it is to me.

online today!
LaFonda•Nov 29, 2020•Irving, Texas USA
It's a prank.....they removed it and replace with stones.

People are so gullible. It is sad to see how many will grab at straws.

online today!
chatillionOP•Nov 29, 2020•Boca Raton, Florida USA
I read that it was installed on government land - private property.
The pranksters know/knew this and that's why the monolith had to disappear in the night.

Yes, I never did have the respect of women, why do you ask?

Perhaps it was a mail-drop box full of discarded T-Rump ballots and is now on its way to Jupiter. 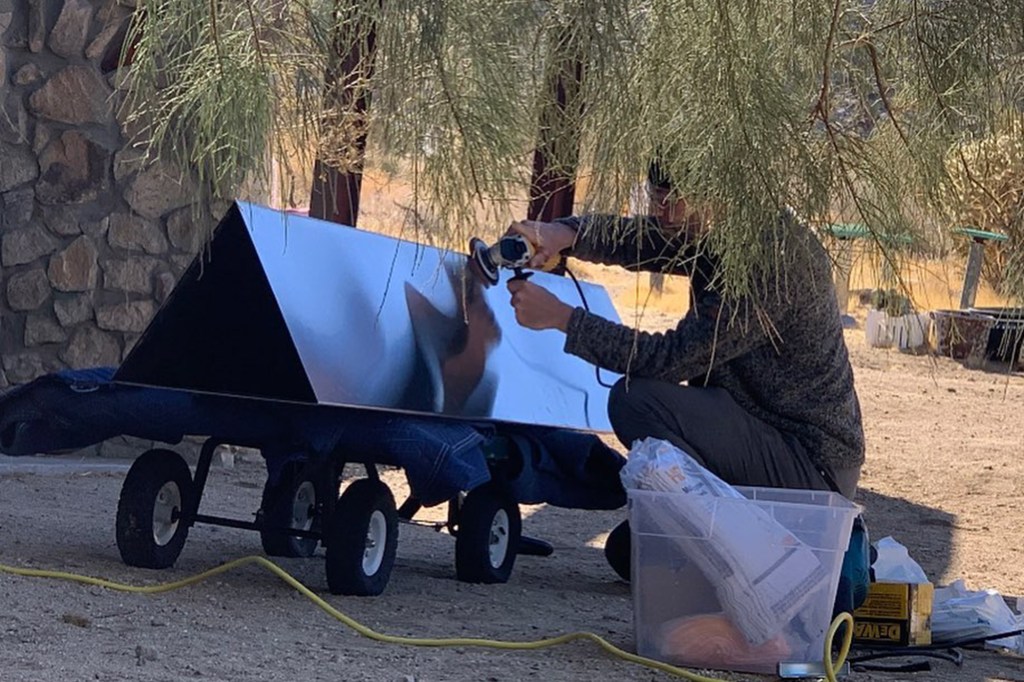 Post Comment
More Blogs
drawing attention to facts. A pair of photos, that may make you see red A special piece The before & after glasses Addiction,obsession,or obscure habit 2 brave teens save woman from attempted rape More Blogs
chatillion Blogs
Thirty thousand and not a penny more... I chased an ambulance tonight... Happy Friday... The snoring duo... Going through life with rose colored glasses... Hate... We've got your Waxing Gibbous right here... Dead men don't tell tales... How to turn 1 photo into 1,000,000... I got some tail tonight... Mummified rice cakes... Blur... Gorilla Glue mishaps are good for business... The bait... More Gorilla Glue... you betcha! Flowers or chocolate was the question... Heavy blanket... It's that Fat Choy time again... Quality... the lack of it. Using the wrong Gorilla... the saga has ended. More Blogs by chatillion (955)
chatillion Contributions
Blog (955) Blogs (955) Videos (161) Forums (133) Threads (6) Polls (5) Recipes (1)

Create a Blog
HuggerMan4U: "My dream yacht"(meet us in the puzzles)
All Blogs Create Blog My Blogs Bloggers Comments