Posting videos of crazy people isn't new. Tonight I see there's actually a Forum for things like this. The story stated it was an Asian man and his white Fiancee walking their dogs in Houston, Texas one morning when a guy started giving them an interracial hate speech.
The couple initially thought it was a joke. He kept antagonizing them so the Asian guy decides to record the verbal attack. That appeared to annoy the attacker who walked ahead, then turned around and continued to harass them. He reaches the corner, stops and blocks their path forcing them to go in another direction.
The icing on the cake: Both dogs were a good size and one was growling while pulling as though he wanted to protect the owner. The aggressor sensed he could have been breakfast should he get too close to the couple.

I'm posting links to both the Yahoo news and the Reddit site where the video was uploaded.
Warning... it contains profanity.

What I find odd is Houston is a major city. I would expect interracial couples to be commonplace. 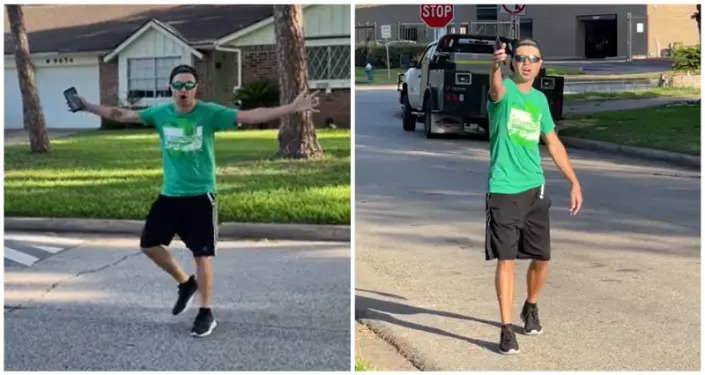 online today!
Didi7●Central, Chaguanas Trinidad and Tobago
Jun 9●49 Blogs●395 Comments
#1
It may be common place, but that doesn't change the mind and behaviour of a 'true' racist....

16 Democratic lawmakers arrested in front of the Supreme Court
Love & Pain
Online Dating Safety Tips
Finding Peace in one's space, and with others.
Jan. 6 probe: Trump did ‘everything’ to overturn election
How do I tell a Conspiracy Theorist and not a genuinely grounded person?
More Blogs
Meet the Author of this Blog

Traveler Meltdown at Customs...
Hmmm... let me think about this.
It appears that Alex Jones will be getting a DOUBLE WHAMMY...
Lamborghini crash...
aka: Stage / Professional names different than their own...
Shooting birds...
He loved her so much...
Wax Potted Pickups...
Sunscreen spray recalled for cancer risk...
Presidential simulator...
"Uhura" dead at 89...
Impersonating a president...
Stupid? Scammer? maybe both...
I know Santa Claus exists...
Retreading truck tires aka Car Rental...
Not a good week for 22 year old tourists...
Patriot: Mark Ponder
Tony Dow, may you rest in peace...
Misconstrued: Tickle your arse with a feather...
Color Blind...
More Blogs by chatillion

Create a Blog
Post Comment back to top
Report Blogs that break rules, are offensive, or contain fighting. Staff may not be aware of the Blog Abuse, and cannot do anything about it unless you tell us about it. click to Report Blog Abuse »
If one of the comments is offensive, please report the comment instead (there is a link in each comment to report it).
1_SPCTR: "Red cherry hot"(meet us in the puzzles)