So the second night of Jan 6 Committee hearing

raphael119●washington d.c., District of Columbia USA
Jun 13●29 Blogs●2,996 Comments
#2
DOJ prosecutions and convictions, esp. Trump, would be a start to cleaning the crooks and lobby money out of D.C.
Reply
Report

online today!
FargoFanOP●sydney, New South Wales Australia
Jun 13●477 Blogs●3,049 Comments
#3
But one thing that does seem clear is that Trump's lies about ballot stuffing were not merely demented and delusional, they were, are, intentional and deliberate.
Reply
Report

Viewership was roughly 1/2 of that of Ol' Joe's SOTU Speech.
REMARKABLY Underwhelming, As it was Prime Time on the Big Three Networks

'Crat POLICIES Are an UTTER FAILURE - So they're doing the Bogus Hearings ...

The ol' "If you can't Dazzle 'em with Diamonds, Baffle 'em with Bullshit" shenanigan.

It's blowing up it the 'Crats' Faces -
The PERCEPTION is that 'Crat Policies have People Hurting like Hell ...
& The Marxist 'Crats in Congress piss away Time & Money on a Slick, Made for TV Soviet-Style Political Show Trial.

Comrade Stalin's Eatin' His Heart Out in Hell with ENVY.

All the MORE Reason to Expect a 'Crat Ballot-Box Blood Bath of Historically EPIC Proportions in the November Mid-Terms.

online today!
FargoFanOP●sydney, New South Wales Australia
Jun 14●477 Blogs●3,049 Comments
#5
It also highlights the total absence of integrity amongst the Republicans, apart from the very few. Rather than risk the ire of the 45th, they provided tacit support knowing it was a pack of lies. Cheney made reference to this.
Reply
Report

online today!
kornbluth●Lexington, Kentucky USA
Jun 14●6 Blogs●603 Comments
#6
FargoFan: But one thing that does seem clear is that Trump's lies about ballot stuffing were not merely demented and delusional, they were, are, intentional and deliberate.
Yes. A Big Lie is what everybody can plainly see and hear, but some will not admit, because that is not in their interest. T-Rump Wrecks has conned himself into a corner and has nothing to lose by repeating and repeating his Big Lie. But he does have a constituency that is disturbing. Plutarch said, a couple thousand years ago, that it's not always the Great Man who is dangerous -- it's his flatterers.
Reply
Report

online today!
Agentbob●Fowler, California USA
Jun 14●228 Blogs●3,234 Comments
#7
You sheople & your shameless regurgitation of the TV pablum. ...FEMA 1$ FULLY ENGAGED.!!
..This is the reality of warp Speed Corona..
There was just one stubborn donkey who went off script in 2020...that Cuomo donkey who told New Yorkers & combined media to be wary of the Vaccines because they are being rushed into production over the Orange man signature.
And if anyone of you CStepford Experts are taking notes... orange man has been tirelessly promoting the Vaccines on tour... usually to the accompaniment of a chorus of B O O $ !
The entirety of Trump's 3 year* presidency is summed-- BEFORE THE FACT- in the Serta sleep commercials..( putting branded sheep to sleep.
*..0n .3/11/20...Trump voiced the maga words..
FEMA is fully engaged. This reduced him again to SAG Actor status.
Reply
Report

IntoTheWoods●Moscow, Idaho USA
Jun 14●94 Comments
#8
I was interested to hear Trump's inner circle expose his deliberate lies and betrayal of his oath to the Constitution and to the people.

I read books this year about the election by Leonnig and Rucker, and Woodward and Costa.

These journalists wrote shocking things about Trump's ignorance and lies, which have now been confirmed by Trump's own people. Well done.
Reply
Report

online today!
epirb●Dannevirke, Hawke's Bay New Zealand
Jun 14●51 Blogs●2,786 Comments
#9
FargoFan: But one thing that does seem clear is that Trump's lies about ballot stuffing were not merely demented and delusional, they were, are, intentional and deliberate.
apart from the one's stuffed on vidio , we can all see that .
Reply
Report

Myrta●Lacey, Grayland and Lynden, Washington USA
Jun 15●50 Comments
#10
FargoFan: It also highlights the total absence of integrity amongst the Republicans, apart from the very few. Rather than risk the ire of the 45th, they provided tacit support knowing it was a pack of lies. Cheney made reference to this.
Like the Proud Boys, Oath Keepers and others who have already been charged with seditious conspiracy, Trump should be charged, along with the republicans who gave him any cover.

Many republicans have asked for pardons from Trump. Only the guilty need pardoning.

The January 6 Select Committee is on their trail as well, and at least some of them will be exposed by name at the coming hearings.

Zoe Lofgren also indicated there is video evidence of Loudermilk leading a tour of Trumpists in the Capitol on January 5. Another GOP traitor to his oath to the Constitution.

Stay tuned. Trump is not only fully as rotten as we feared--he is worse.
Reply
Report 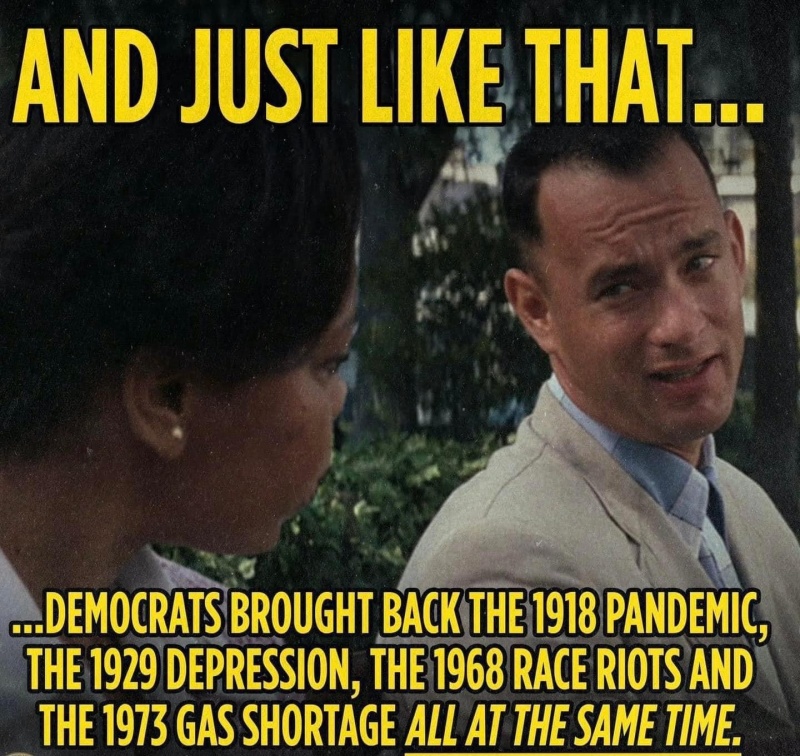 hulaldy●Toledo, Ohio USA
Jun 15●71 Comments
#12
Myrta: Stay tuned. Trump is not only fully as rotten as we feared--he is worse.
and makes Nixon look like a choir boy.

I watched the Watergate hearings 50 years ago.

Never thought we could have a worse leader than Tricky d*ck. Then Trump showed up and proved us wrong.
Reply
Report

IntoTheWoods●Moscow, Idaho USA
Jun 15●94 Comments
#14
epirb: apart from the one's stuffed on vidio , we can all see that .
No such thing.

If you tell lies you'll get blisters on your tongue.
Reply
Report
Post Comment - Let others know what you think about this Blog.

Where were you the day before you were concived?
Don't miss the end of story
Get ready for 'The Pit'
It did not belong...
Edelweiss - CH I - The ALGORHYTHM [ IV ]
We didn’t kill each other!
More Blogs
Meet the Author of this Blog

Retired but teaching and studying every day, travelling whenever I can and at home wherever I happen to be. From a small family but wishing I were part of a larger one. My students are scattered all over the world, as is my family. Language is a part [read more]

oh! sad
Nearly 40 years under a fatwa
Farewell to Judith Durham of the Seekers
So what will the doomsayers
Donald Trump is not the problem, but the consequence
So what do Americans think about Kinzinger...
took the children away
A blast from the past - Clive James hosting R Reagan discussion 1988 Shades of 45?
Reverse engineering the google or youtube algorithm
Live and learn - a Greek myth I had never heard
Watching a 'Planet America' special abc.net.au
So Boris has gone - a little fun at his expense
So I have a language exchange contact in skype
Gone with the wind - re-examined
Do you remember the mask haters? Have you ever seen one say 'perhaps I was wrong'?
An American hero of the 20th century
The ABS 2020 statistics have been released
Happy days are here again?
A master guitarist with a patriotic sousa
The Legacy of Trump - A SCOTUS loaded with malevolent conservatives
More Blogs by FargoFan

Create a Blog
Report Blogs that break rules, are offensive, or contain fighting. Staff may not be aware of the Blog Abuse, and cannot do anything about it unless you tell us about it. click to Report Blog Abuse »
If one of the comments is offensive, please report the comment instead (there is a link in each comment to report it).
Forza: ""The Roman Emperors""(meet us in the quizzes)