The Nobel Peace Prize that Russian journalist Dmitry Muratov was auctioning off to raise money for Ukrainian child refugees sold Monday night for $103.5 million, shattering the old record for a Nobel.

Muratov, awarded the gold medal in October 2021, helped found the independent Russian newspaper Novaya Gazeta and was the publication’s editor-in-chief when it shut down in March amid the Kremlin’s clampdown on journalists and public dissent in the wake of Russia’s invasion of Ukraine.

Previously, the most ever paid for a Nobel Prize medal was in 2014, when James Watson, whose co-discovery of the structure of DNA earned him a Nobel Prize in 1962, sold his medal for $4.76 million.

It was Muratov’s idea to auction off his prize, having already announced he was donating the accompanying $500,000 cash award to charity. The idea of the donation, he said, “is to give the children refugees a chance for a future.” 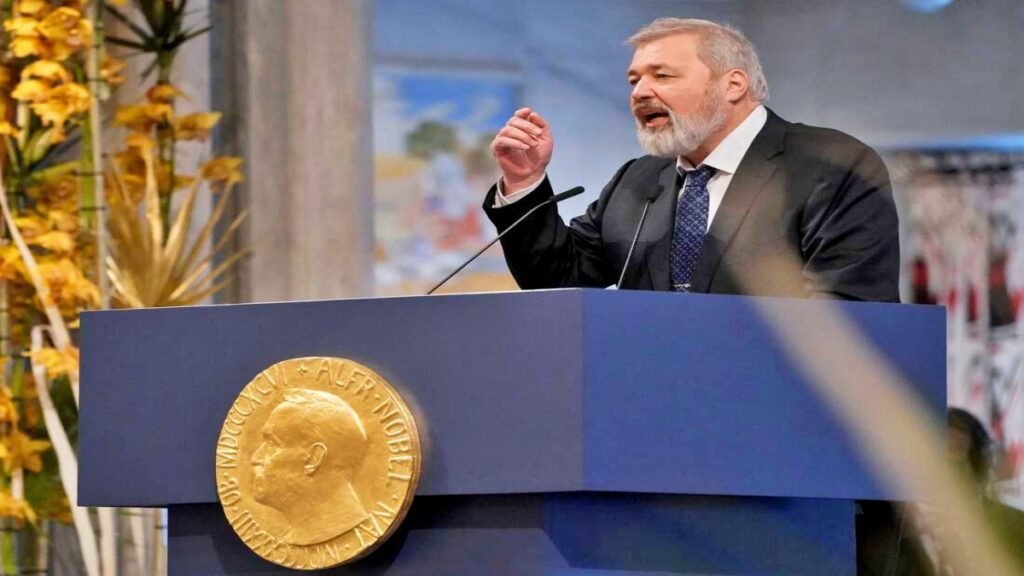 I hope more of them would do the same

online today!
Didi7OP●Central, Chaguanas Trinidad and Tobago
Jun 22●38 Blogs●326 Comments
#6
Didi7: I hope more of them would do the same
“It has to become a beginning of a flash mob as an example to follow so people auction their valuable possessions to help Ukrainians,” Muratov said in a video released by Heritage Auctions,..."

I don't think that any ONE person could match that, but I really hope that some are going to try...

The largest Lake of Tar in the world...
Flying high and going strong! 86-year-old becomes the world's longest-serving flight attendant
Khaby Lame becomes world's most followed TikTok star with 142 million fans... EH???
Trinidad & Tobago...the land of the Hummingbird.
Some things I’ve learnt along the way…(pt. 3)
Russian journalist sells his Nobel prize for a record $103.5 million to help Ukrainian children. WOW
Dating disasters
Some more Trini trivia...Our national musical instrument.
A little Trini trivia... "Liming" is we ting
Don't let age stop you from finding true love...an inspiring true story
Time and Life...and God.
One of my childhood dreams....
Some things I’ve learnt along the way…(pt. 2)
Dealing with the CraZies....
The Birdwatcher from 2020....
Some things I’ve learnt along the way…(pt. 1)
Preferential treatment?.........Hmmmn.
Beautiful People
Cherishing each other
The Dichotomy that never was…nor should ever be
More Blogs by Didi7

Create a Blog
Post Comment back to top
Report Blogs that break rules, are offensive, or contain fighting. Staff may not be aware of the Blog Abuse, and cannot do anything about it unless you tell us about it. click to Report Blog Abuse »
If one of the comments is offensive, please report the comment instead (there is a link in each comment to report it).
teenameena: "Dangerous to listen to Gloomy Sunday..."(meet us in the forums)