The Fool is a name of a guitar played by Eric Clapton when he was in the super group Cream. It started out as a red 1964 Gibson model SG and customized with a psychedelic paint job by a Dutch member of the band The Fool. Clapton used this guitar around 1967. After the breakup of Cream, Clapton passed The Fool to Beatles guitarist George Harrison. From Harrison, The Fool came into the hands of song writer Jackie Lomax. Musician Todd Rundgren had seen The Fool when Cream appeared to the RKO Theater in Flushing New York and knew it's history. There are variances to the story, but I read that Rundgren paid Lomax $500 for The Fool with the condition that he could buy it back in the future. Lomax never asked for the guitar.

The guitar was road worn and Todd had repairs to it that included fixing chips in the finish and replacing a broken headstock.

Forced to raise money for a tax debt, Rundgren auctioned The Fool in 2000 at a price under $150,000. It was later resold to a private collector years later for a reported $500,000. The Fool had undergone hardware changes with different tuners and tailpiece.

Watching a Todd Rundgren documentary, there was mention of a Japanese guitar Luthier who created a replica of The Fool and gave it to Todd, who was quoted saying it sounded better than the original.

Doing some internet research, I see there are a handful of replicas, but only one 'The Fool'. 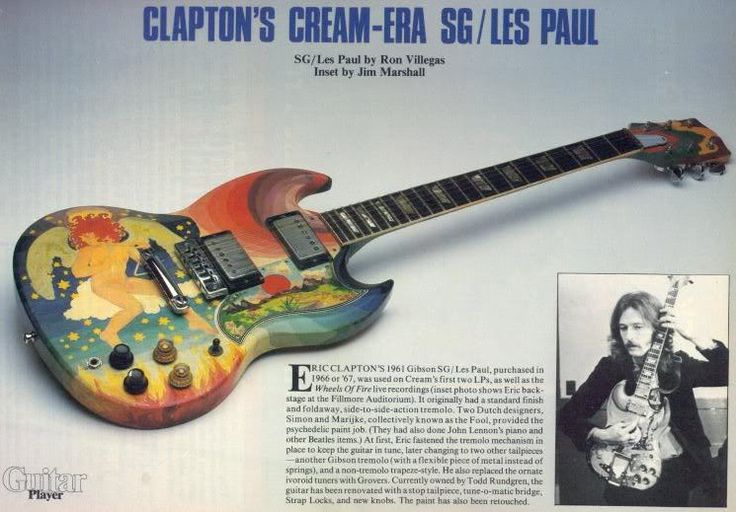 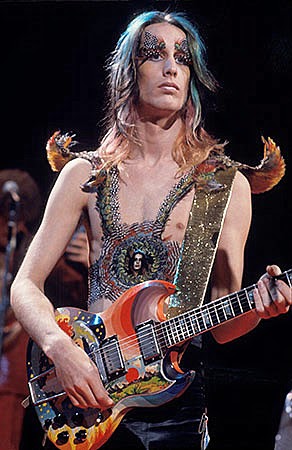 online today!
chatillionOP●Boca Raton, Florida USA
Jun 28●1,399 Blogs●4,025 Comments
#1
The Gibson SG (solid guitar) model is one of the most popular and iconic models that Gibson produced. It was designed by Les Paul and first manufactured in 1961. The SG continues to be their best-selling guitars of all time.

Angus Young from the Australian band AC/DC has been using an SG for many years. 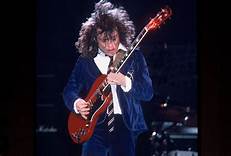 STEVE BANNON ON FIRE! Video Recaps from Days 1 and 2 of Political Show Trial
New way to be?,
Houston Democrats Hosted a Gun Buyback Event and One Clever Man Took Full Advantage
Being Prepared for It
China draws a red line on Pelosi going to Taiwan
What are the Democrats hiding about January 6th?
More Blogs
Meet the Author of this Blog

Daddy, PLEASE don't run again...
Anne Heche...
Smart Appliances...
He DID know his name...
Not an official vacation...
Mind control...
Finding love online...
Supply & Demand: Paying more than sticker price on a new car...
Florida Gov. Ron DeSantis and guns at public events...
FBI searches Donald Trump’s Mar-A-Lago Resort...
Should someone walk into your business wearing a ski mask...
Tip...
Traveler Meltdown at Customs...
Hmmm... let me think about this.
It appears that Alex Jones will be getting a DOUBLE WHAMMY...
Lamborghini crash...
aka: Stage / Professional names different than their own...
Shooting birds...
He loved her so much...
Wax Potted Pickups...
More Blogs by chatillion

Create a Blog
Post Comment back to top
Report Blogs that break rules, are offensive, or contain fighting. Staff may not be aware of the Blog Abuse, and cannot do anything about it unless you tell us about it. click to Report Blog Abuse »
If one of the comments is offensive, please report the comment instead (there is a link in each comment to report it).
XxBris1967xX: "Please give me an honest review"(meet us in the profile reviews)