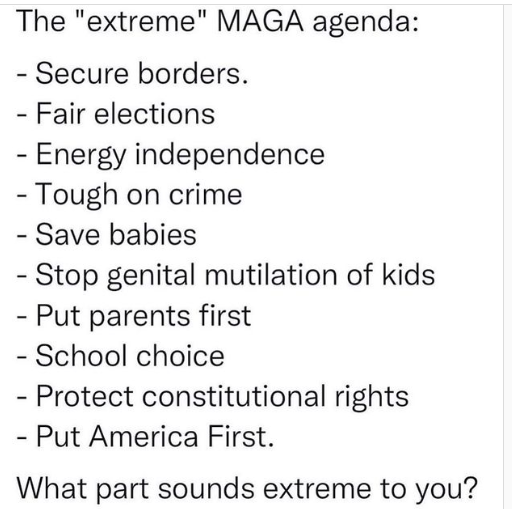 online today!
Draegoneer●Prudenville, Michigan USA
Sep 2●1,292 Comments
#1
you'll have to ask fuhrer o'biden and his party about that. they even kill education to help in their cause.

seems anything better for the country and citizens is against their "code". so they expand government and continue to weaponize federal agencies against the people that are apposed to being suppressed, enslaved, and cintinually endangered by communist policies.

don't worry. they'll help the illegal immigrants and terrorist regimes though. three peas in a pod. all on the same page. kill America and it's Constitution. chip away at the bill of rights while their at it. bring the country and citizens to their knees while making them pay for it.
Reply
Report

" ... Rights Inestimable to Them (The People) and Formidable (read EXTREME) To Tyrants Only."
- Paraphrase from US Declaration Of Independence ... 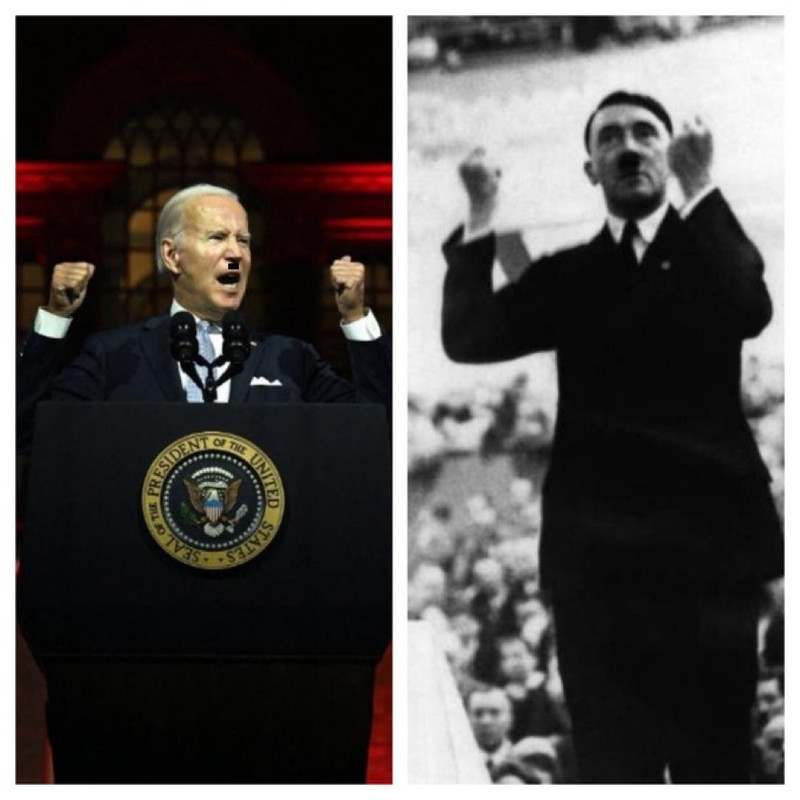 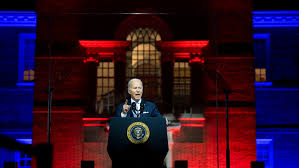 This guy must really be a fan of ww2

This guy must really be a fan of ww2
well either way, with all that demonrats have provoked, legislated, and executive ordered against the nation and citizens, i still don't quite understand how so many of my fellow citizens can't see who and what the real threats to our republic and it's systems really are.

it sure hasn't been Trump or his policies. who did trump weaponize any federal agencies against? what "groups" did he create that have rioted, looted, burned cities, and murdered law enforcement officers?

Trump certainly hasn't been running the cities and states with the highest taxes, regulations, homelessness, and soaring crime rates.

trump didn't cause the inflation, open boarders, bad educational system that's getting worse, or the soaring costs of living in general. he didn't abandon troops, surrender a country, or better equip terrorists.

he didn't create antifa or blm. he didn't encourage them to loot, riot, burn, and murder. it wasn't trump that let our SCOTUS members stay under physical threat because they were taking power away from the federal government either.

and people think fuhrer o'biden is in their corner? he and his communist party need as many useful idiots as they can muster to keep control and power to further force their damages onto the people and nation. they're not done killing democracy or freedom. they're just beginning. he basically stated that in not so direct words in that "speech". they just need a certain tens of millions of people out of the way because the rest are dumb enough to climb on board.
Reply
Report

online today!
Ray650●South San Francisco, California USA
Sep 2●9 Blogs●408 Comments
#6
So now Pedo Joe is backpedaling, since doesn’t stand for anything he can say whatever they tell him to and deny that he was trying to scare everyone about MAGA. 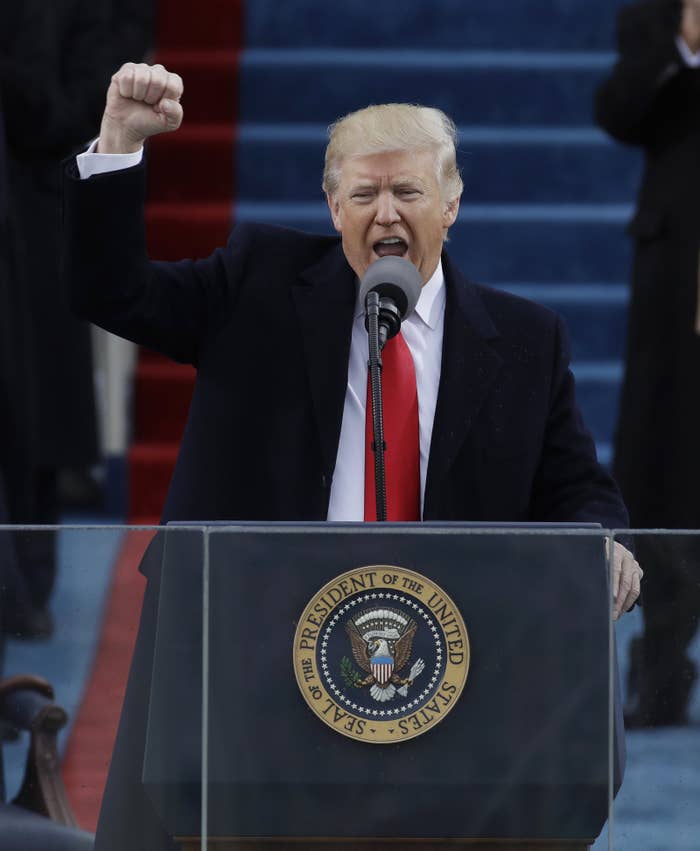 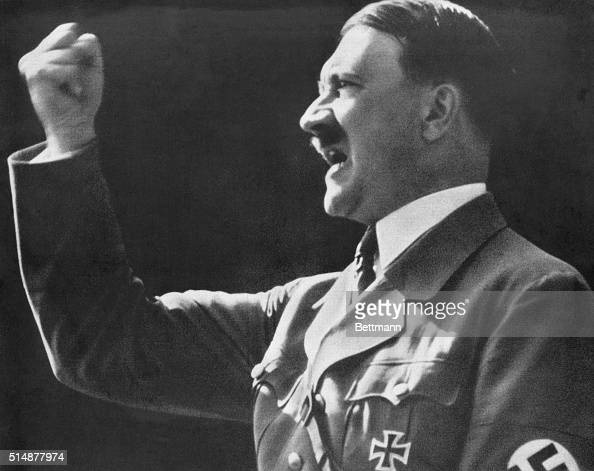 But Seriously & Silly Pics Aside -

He's a venomous snake spitting hateful, divisive, toxic threatening vitriol against a significant number of his "subjects" in an arguably Treasonous, Marxist-esque attempt to turn countrymen Against One Another in order that he may seize & exert ever increasing levels of Despotic Power.

Remember In November, Y'all - Vote R.E.D. = Remove Every "Democrat"*

* "Democrat" really no longer works - The Democratic Party Is Dead ...
Call 'em what they've now Shown Themselves to BE - MARXISTS....

drags Yet Another blog down the Asinine & Irrelevant MIC'S NOT INDEPENDENT!! Rabbit Hole? ... MMmmm?? ...

miclee●LHANA, North of the Strait of, Florida USA
Sep 3●440 Blogs●20,753 Comments
#18
Hypocritical Marxists are Typically Spawning Their Hate & Division -
Denouncing MAGAs as "A Threat To Our Democracy" by Not Accepting Election Results

Get a Load of the Crap THOSE Shit Stirrin' Sick Bastards - & their Scumbag MSM -
Were Spewing after the Election Of '16 ...

miclee●LHANA, North of the Strait of, Florida USA
Sep 3●440 Blogs●20,753 Comments
#19
Ol' Joe -
The Stench Of A Desperate Man Worried His Grip On Power Is Loosening -
The Symptom Of A Country Now In Civilization Decline ...

"It's An Act Of Desperation - Even Blind Freddie Could See That."

miclee●LHANA, North of the Strait of, Florida USA
Sep 5●440 Blogs●20,753 Comments
#22
After Four Years of the bloodiest war in US History -
Lincoln sought to Heal his divided country, urging Magnanimity towards the Confederacy -
Even its Political Leaders & Generals.
"With malice towards none, but Charity for all ... "

"Unifier" Emperor Joe & the Marxist J6 Committee seize the opportunity of a Four HOUR Riot to attack their MAGA Political Opponents as Enemies Of The State -
Ala Stalin, Mao & that Austrian Corporal with the funny li'l mustache ...

miclee●LHANA, North of the Strait of, Florida USA
Sep 6●440 Blogs●20,753 Comments
#23
Contrast between Joe Palpatine's Hellish, Dark Marxist lashing out at 1/2 of Murkuns

miclee●LHANA, North of the Strait of, Florida USA
Sep 6●440 Blogs●20,753 Comments
#24
A revealing look into The Don's Virtues vs Woke Communism - aka WokeComs
in just under 18 minutes ...

online today!
TTKSpectre●St.Louis, Missouri USA
Sep 19●181 Comments
#25
I wish you guys would quit comparing Bidden to the Bohemian Corporal; Bidden never even made private as far as I know. In may ways the other "Joe" would be more appropriate, except Stalin made his own agenda and didn't buy his way to power.
Reply
Report

JosephMallia●Zejtun, Majjistral Malta
Sep 19●2 Blogs●281 Comments
#26
Abuse Mexicans and African people. Make fun of Asian people. Deprecate women. Start a trade war with China (and lose it). Don't believe in COVID until half of NY dies. Be as childish as you can. How come you forgot about those few points on the great MAGA agenda?
Reply
Report
Post Comment - Let others know what you think about this Blog.

Create a Blog
Post Comment back to top
Report Blogs that break rules, are offensive, or contain fighting. Staff may not be aware of the Blog Abuse, and cannot do anything about it unless you tell us about it. click to Report Blog Abuse »
If one of the comments is offensive, please report the comment instead (there is a link in each comment to report it).
FargoFan: "A nice puzzle with a generalisation"(meet us in the blogs)