We are the small boats on the vast oceans, being pushed forward and forward by the waves of time, unable to stop.

Now it is already April. April must be a month when flowers wither --- the end of the spring. No wonder so many friends sigh for their disappearing youth and beauty --- We are the spring flowers that nearly wither. Well, are we?

Melanie seems to be afraid that she, or we, has already been on the last train of youth.

“Now I have nothing.” Melanie said. “No job. I quitted the job last week. No income, oh, my parents have money, but it is not my money. No beauty. Don’t you think that I become uglier after I worked in Shenzhen? My friends say that I have peaked and pined. No husband. Next week I will go to a blind date! He is the son of a land agent, possessing several high buildings; note, it is high buildings, not one-floor apartments…Why don’t you talk anything?”

Well what was I supposed to say. Oh I envy you???

Melanie seems to change a lot after she left SZ and came back GZ. She is so urgent to run into a marriage. Our mothers always like to put such kinds of things into our brains at this age: “Now you are not young any more. Go to catch a husband or you will be too old.” “After 25, who will want you?” “The earlier you marry, the better your future will be.”… Melanie’s mother always complains these things to her ears, so no wonder Melanie become so gloomy, so depressed and so anxious.

The more she talks about her disappearing youth and beauty, the more anxious I become. I suddenly realize I am in the same situation. These days I always hear my former classmates and my current friends, colleagues say the same thing. We have gone through so many same things, from taking university entrance examination, to seeking jobs, to working in different cities, now to the biggest issue hanging over our heads: Time to marry. So quick, so hurried, and so tired. We do want to stop at some naïve points to enjoy some peaceful moments, but the waves of time just push our boats forward and forward, unable to stop.

Yep, boys may not be so worried, as most of them will only become mature at the age of 30; but we will become the withered flowers at that age. Sad thing.

But being gloomy, depressed and anxious can not change anything, can it? Anyway, I can not go out to catch a man in the street, claiming that he is my husband, just because I am “gloomy, depressed and anxious”. “The earlier you marry, the better your future will be.” Bullshit. Life is so long, who wants to settle down so earlier and ties themselves to the walls of marriage?

Yes, we have sailed our boats to the periods when we should consider a long-term marriage seriously. But if marriage is more like a mission that has to be finished, rather than the true love that builds on the electrical sparkling feeling and mutual understanding, then it is more like a tragedy.

And the world is so big. I do not want to be trapped in one city so early, so quick. There must be some distant places, some amazing people in the other corners of the world. And I do want to find those magical things in the future.

I believe many people will say I am a silly, crazy day-dreamer. 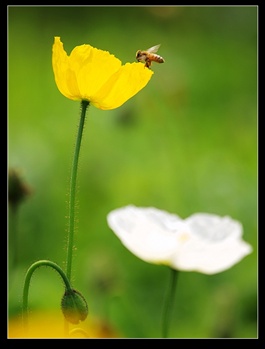 'Refrigerator Mothers' so called. History of Autism
As the nation begins a one-month long holiday celebrating the LGBT lifestyle, I bring you this item
Here's Why A Ban On AR15 "Assault" Rifles Will NOT Prevent Mass Shootings
Life's Rewards Are Paid in Advance
chocotized...
The gods envy us...
More Blogs

EL: It is not the End
W&J (6) A Mistake, A Failure, An Idiot
EL: Stars, Shooting Stars
EL: Distance in a Family
EL: Loneliness
EL: Those Who are Really behind You
EL: The Sky is Blue and Black
EL: The Red Bombs
EL: His Old Flames
EL: The Way of the World
WX: Tsangyang Gyatso, This Life
WX: The Vanishing Shaolin Monasteries & the Monks
WX: His Parents
WX: The Man Who Threatened to Kill Himself
WX: He Died, but He Lives in Our Hearts
WX: The Lost Good Things
WX: Reputation, Good Faith? Stupid!
WX: The Condor, Ugly!
WX: Compassion from the Depth of the Heart
WX: The Big inside the Small

Create a Blog
Post Comment back to top
Report Blogs that break rules, are offensive, or contain fighting. Staff may not be aware of the Blog Abuse, and cannot do anything about it unless you tell us about it. click to Report Blog Abuse »
If one of the comments is offensive, please report the comment instead (there is a link in each comment to report it).
lindsyjones: "We will be with you always"(meet us in the poems)