The Pope was having a shower, and although he is very strict about the rules of celibacy, he occasionally felt the need to exercise the right wrist and this was one of those occasions.

Just as he reached the Papal Climax, he saw a paparazzi photographer capturing the moment the Holy Seed flew through the air.

"Hold on a minute!" Screamed the Pope, "You can't publish that photograph; you'll destroy the reputation of the Catholic Church."

"This photograph is my lottery win," Replied the photographer, "I'll be financially secure for life."

So, the Pope offered to buy the camera and film from the photographer, and after lots of negotiation, they eventually settled on a figure of two Million Euro's.

The Pope dried himself off and headed off with his new camera. He met his housekeeper, who spotted the camera. "That looks like a really good camera," She said, "How much did it cost you?"


"They must have seen you coming!"

That story reminds me of another joke. A lady died and was on her way to Heaven, but before she entered the gates.. she had to answer a random question. So, she was asked "What did Eve say when she saw Adam naked"? The lady thought and said "Hmmm, gee that's a hard one". The gatekeeper replied "Correct! Come on in"! lol

Southwesternman●Carney, Oklahoma USA
Feb 23, 2012●18 Blogs●319 Comments
#3
Ouch, Livin, I hope that you said your pentics after that one, some one please explain how the paparazz got pasted all the Swiss Guards who are suppost to protect the body of the pope

,, never try to worry me

Springlark●Halifax, Nova Scotia Canada
Feb 23, 2012●3 Blogs●307 Comments
#5
All I can say about what you said is that I could only expect that from a perverted and ignorant mind with no honour or respect for another human being.. Nor for himself. May your tongue and mouth dry up and burn the filth from your mouth and never be able to utter another word again.
Reply
Report

Springlark,, oh my,, Have you not got a sense of humour then

I thought this was breaking news,you know seem the popes like the media with new news after another.I can't understand some(people)they HOLY a man!?Didn't men make sins,how come to be a HOLY

In todays society we seem to have forgotten how to laugh,, as its seen as rascism & political correctness has taken over everything,,

Don't bother,they will never get out of their coma,they worship multiple gods,i know its a joke and there is no reason to get such uncivilized words,you can delete that if you want,anyway you are free minded woman and you say what you think,ignore the suppressor policy.

Its sad people have forgotten how to laugh,, and prefer to stand on their soap boxes,, spouting

FirasLion●Brabant, North Brabant Netherlands
Feb 23, 2012●46 Blogs●1,567 Comments
#11
Dream
Thy forgot nothing,they laugh at themselves and they still have caves in Canada with some access to the Internet

Frankinstien●San Juan, Puerto Rico
Feb 23, 2012●3,078 Comments
#12
Dear livin the dream, Wow ! I didn't know that you are an ignorant and perverted mind with no respect for another human being . Maybe you should be like the ultra religious ones who would never post a derogatory remark about someone especially one that dissagreed with them . Not only that but they would never burdon you with curses of cripiling or disabeling cosequences . I'm just soooooo glad the good and holy people are here to show us ignorant ones how to properly behave . .

I have a very good friend living in Canada

I think I will just get a good glass of wine and sit and ponder this blog for a while, Its getting to heavy for me.

Neither did I,,,Do we live in a world that we can no longer joke,, laugh,, its sad

Mary had a little lamb,, but it can no longer be black,,,

livin_the_dreamOP●poitiers, Nouvelle-Aquitaine France
Feb 23, 2012●41 Blogs●982 Comments
#16
South Enjoy the wine,, I have to leave you with it till after i close

Missed you at Ed,s party last night, would of loved to have a dance with you and share a good glass of wine

Aswina●Nitra, Slovakia
Feb 23, 2012●13 Blogs●1,364 Comments
#18
I feel touched and insulted by your "joke". Pope Benedictus PP XVI. is not my fav but he is still the symbol of something I suppose that is important for millions of people in the world.
I respect them.
Reply
Report

Living,thanx for the good laugh.
Funny that muslims laugh at jokes on christian religion ,But are ready to blow you up if you make jokes about them

You missed my joke

so enjoy the real joke

Frankinstien●San Juan, Puerto Rico
Feb 23, 2012●3,078 Comments
#22
Living, I'm constantly amazed be the incredable two facedness of those people . Are they so ignorant of there actions they don't see what they are doing ? .

. It is like the news latly, the fanatics in Afganastan are roiting because of an acidental burning of the Koran . I haven't heard one peep against the bombing and killing of inocent people in the name of Allah ! I wonder what they would do if they really had to live up to the core of there religions and not be alowed to commit atrocitys for alleged infractions . .

South,, next time theres a party plse invite me

I just love to dance with you

Aswina,, I'm sorry if you are offended by the joke,,, its sad in all the politics of the world,, people once used to laugh
Reply
Report

shut up,didn't i ignored you and kicked you out of my blog,so i am not interested to know or to hear your racist comments about Muslims,zionist puppets.

You show us who you are,a warmonger who hate Muslims and enjoy killing them,i am not surprised at all,those soldiers are rapist and bloody killers,burning a Holy book that 1.500,000,000 million believing it will not surprise them coz we know that(policy)it has been systematically done for years,and you and your bloody US governments-ssss will get kicked out of Afghanistan soon,i promise every one with that and i will celebrate too,.........with sham on their face

plus as sign on their forehead with the letter P

p.s I am not going to kick assHs here so take this opportunity and make jokes about the popes

Is the world that bad out there???
Reply
Report

Rummy1●Baku, Azerbaijan
Feb 23, 2012●35 Blogs●636 Comments
#27
@ living.If u r asking about where i live,i'd say that the life is great here.We had a few fanatics sent by iranian mullahs and all of them r in jail now.

Frankinstien●San Juan, Puerto Rico
Feb 23, 2012●3,078 Comments
#29
And yes boys and girls Frias once again turns into his usual charming self . There must be a full moon or something . .

Southwesternman●Carney, Oklahoma USA
Feb 23, 2012●18 Blogs●319 Comments
#31
Maybe I should hyjack this blog so FL will yell at me again and get off your backs for awhile, seams that "scotch" is back or at least his twin 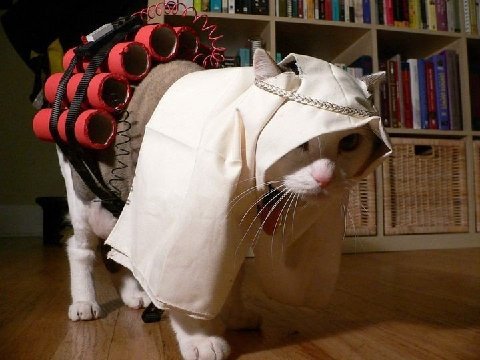 Have a lovely evening Ms Dreamer

felixdahousecat,, I am sorry if my blog or the comments offended you as a catholic,, It was not meant to bring peoples political views here,, just simply a joke,,

I wonder if it would of sparked the same comments if it was about Irish,,blondes or the like

KemChi●Kotka, Southern Finland Finland
Feb 23, 2012●3 Blogs●16 Comments
#39
Oh, wow! I did not think the joke was that bad. When I read it I don't think that it is about THE pope. You could insert just about any guy who wants to keep such things out of the media. Isn't the pope just a man? Does this mean the haters of this blog never tell jokes that make fun of women? I hope they don't invite me to any parties...
Reply
Report

KemChi,, Thank you for your comment,, its good that some still have a sense of humour

Nicknames given to us
Regina Cieli Vlogs YT
Various types of hair accessories
Going commando
it never ceases to amaze me, how an a** can this k they can find love on a dating site ..lol
Edelweiss - CH I - The ALGORHYTHM [ LXIV ]
More Blogs

Create a Blog
Report Blogs that break rules, are offensive, or contain fighting. Staff may not be aware of the Blog Abuse, and cannot do anything about it unless you tell us about it. click to Report Blog Abuse »
If one of the comments is offensive, please report the comment instead (there is a link in each comment to report it).
Ammie1986: "hi friends..."(meet us in the profile reviews)