online today!TTKSpectreSt.Louis, Missouri USA1 Threads 148 Posts
TTKSpectreSt.Louis, Missouri USA148 posts
Fauci and Birx are academics with an agenda. They believe in their group think, however there is no room for their religion in government. The media has made them unstoppable for the moment. Let's hope it comes to an end and that they get promoted to infamous martyrs.
Reply
#8
Jun 2, 2020 4:53 PM CST FAUCI.... 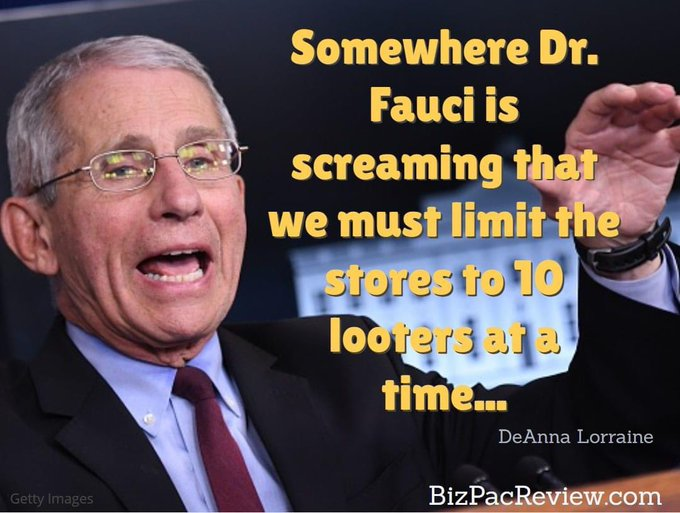 Basically, cases across the southern states who did rapid repoenings are rising extremely rapidly, which correlates to the reopening that happened a few weeks back.

Tennessee and the Carolinas among Southern states showing jumps

In the South, the timing of new cases appears to be linked to the reopening of restaurants, barber shops and gyms, which started in most states more than a month ago. Figures tracked by NPR show the number of cases in North Carolina and South Carolina this week is up by roughly 60% from two weeks ago. In Tennessee, that increase is 75%.

Georgia and Louisiana look steadier, but they experienced some of the highest cases counts and fatalities in the region in recent weeks, at the height of the pandemic.

In Southern states that were quick to reopen, officials sometimes felt the need to explain big increases in case counts on some days. In Georgia, for example, a state health official said a big one-day increase was because of a backlog of reporting cases from a commercial lab. In Tennessee this week, a daily jump of 800 cases was blamed partially on an ongoing prison outbreak that yielded 350 new positive test results.

In California, counties are continuing to allow businesses to reopen even as newly confirmed coronavirus cases climb. The state experienced a 40% jump in cases over the last week. Large metro areas like Los Angeles and San Francisco have gradually lifted restrictions and Californians have responded by traveling to beaches and neighboring areas, blurring the effectiveness of the varying degrees of restrictions between adjacent counties.

Los Angeles County, home to more than 10 million people, has the highest number of cases in the state. Numbers tracked by NPR show that, on average, health officials report around 1,300 new cases daily. The county has blamed slow lab results for a backlog, while acknowledging that community transmission has been ticking up, especially among communities of color.

In the Northeast, where New York City became the U.S. epicenter of the pandemic for weeks, there are still thousands of new cases every day, although the rate of increase has slowed. It's down 41% in New Jersey over the past two weeks, down 33% in New York and down 13% in Massachusetts. But health officials caution that doesn't mean the coronavirus is under control in these three states. New York is still seeing more than 1,000 new cases a day; over the past week, Massachusetts averaged just over 500 a day, and New Jersey had close to 800.

Sir_TNewcastle West, Limerick Ireland7 Threads 1,109 Posts
Sir_TNewcastle West, Limerick Ireland1,109 posts
Oh forgot to mention, but I heard that BBC radio has reported that Brazil has taken down their Health Ministry website so that people can't see corona numbers. Because that fixes things.
Reply
Post Comment - Post a comment on this Forum Thread
More Threads
Beautiful woman Have you sussed life out yet...? The BIn Men.... Lock-down here on cs 2020 "Born again Virgins" Time Farewell to Doris Mystery Object The international forum has been taken over by Islanders Decode this song plz More Threads
Report threads that break rules, are offensive, or contain fighting. Staff may not be aware of the forum abuse, and cannot do anything about it unless you tell us about it. click to report forum abuse »
If one of the comments is offensive, please report the comment instead (there is a link in each comment to report it).

Post Comment back to top
Sparkles5050: "How well do you really know me?:) come find out!"(meet us in the quizzes)