immigration of confederates to brazil (3)

The Confederados (Portuguese pronunciation: ) were some 10,000 to 20,000 Confederates who moved to Brazil, chiefly to the state of São Paulo, from the Southern United States after the American Civil War. ... The city of Americana in Brazil was founded by these emigrants.

In 1865, at the end of the American Civil War, a substantial number of Southerners left the region; many moved to other parts of the United States, such as the American West, but a few left the country entirely. The most popular destination for emigration was the Brazilian Empire, where slavery remained legal

So that's where they went, they were immigrants to Brazil, and some took their slaves with them. 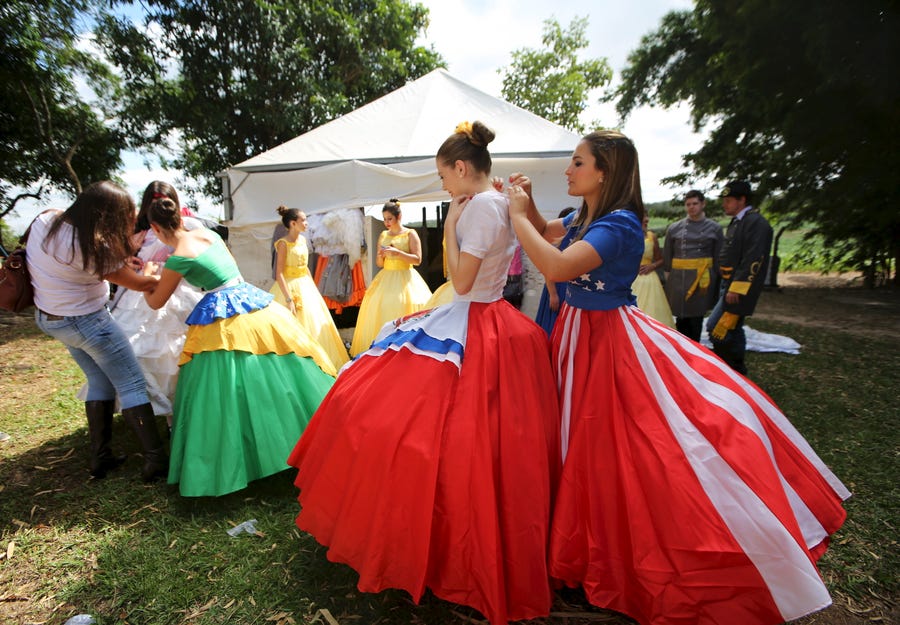 10,000 Southerners fled the US for a small city in Brazil, where they could rebuild their lives and carry on their traditions.

Now, 150 years later, their story has been seemingly erased from the history books.

But deep in the heart of Brazil, descendants of these confederate expats gather annually to celebrate their controversial history and maintain their traditions and culture. In 2015, Vice's Mimi Dwyer attended the festival and revealed what life is like in the city called Americana.
Reply
#3
Aug 1, 2020 6:06 PM CST immigration of confederates to brazil

Reply
Post Comment - Post a comment on this Forum Thread
More Threads
The trip to Rome.. Blogs I deeply regret posting but not enough to remove them. A,not,KA, “Smiles?.” Converting America Into A Cult Of Control NOW A SOLDIER GIRLS NOWADAYS Look At This what do you want to be?? Journey to Mars Good Morning Everybody Happy Birthday Mikey4691 More Threads
Report threads that break rules, are offensive, or contain fighting. Staff may not be aware of the forum abuse, and cannot do anything about it unless you tell us about it. click to report forum abuse »
If one of the comments is offensive, please report the comment instead (there is a link in each comment to report it).