StaffConnecting Singles38 Top 10 Lists
Staff (38)
Aug 2009
in Movies/TV
5,778 views
0 comments
Sitting cross-legged on the floor in front of our black-and-white television was the place to be on a Saturday morning when I was a kid in the ‘60s. No more soap operas, newscasts, or sports programs, none of that grownup stuff that filled the airways during the week. Saturday mornings were for us kids, and we were riveted until the credits rolled on the last cartoon of the day.

Here are five of my favorite cartoons from that time period:
1 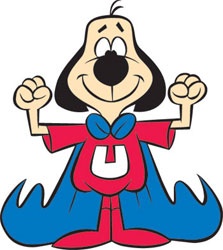 At the cry of “It’s a bird, it’s a plane, it’s a frog!” the crowd looked up in the sky to find Underdog! Battling criminals of all kinds, this canine version of Superman was voiced by the mild-mannered Wally Cox. Underdog’s girlfriend Sweet Polly Purebred was an ace reporter who often found herself held for ransom or otherwise in need of rescue by the caped canine crusader.
2 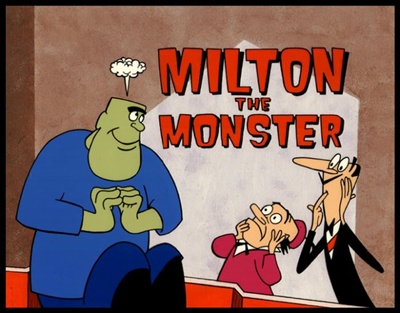 An animated Frankenstein of sorts, Milton the Monster was created by his “father” Professor Weirdo who slipped while dropping “a tincture of tenderness” into his monster mix and accidentally added too much. Though the evil scientist wanted Milton to behave like a monster, the tender-hearted giant never could live down to his daddy’s expectations. Count Kook, Heebie and Jeebie, and Dr. Fruitcake added to the ghoulish fun.
3 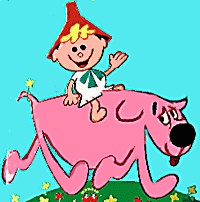 A five-minute segment on the Captain Kangaroo show, this TerryToon featured Tom Terrific, a boy who could turn himself into anything from “a little flea to a golden key”. He and his companion, Mighty Manfred the Wonder Dog, went on adventures and often ran into villains like Crabby Appleton and Pittsburg the Pirate. Manfred often inadvertently solved the crisis with his unending quest for home, food, and sleep.
4 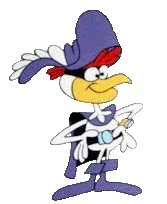 After Henry Cabot Henhouse the Third drank his super-sauce, it was “Bwak, bwak, bwak!” and Super Chicken burst onto the scene (usually to remedy a mess he had created) to fight crime with the help of his lion sidekick Fred and a wild array of crime-fighting super-gadgets. Though his attempts always failed, happy accidents unerringly saved the day by the end of the reel.
5 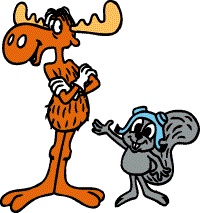 Whether he was pulling a rabbit out of a hat or dealing with Boris Badenov and his sexpot comrade Natasha, Bullwinkle J. Moose bumbled through life with an unassailable sense of optimism. With is pal Rocket J. Squirrel by his side, Bullwinkle was never disconcerted, even when the rabbit he expected to pull from his hat turned out to be an angry lion.
The catchy theme songs to these cartoons surge through my mind whenever I think of these antique animations, and the memories of crunching Cheerios and guzzling Ovaltine while watching them makes me reach for the phone to call my little sister, now a gray-haired grandma like me.

Post a comment now »
More Top 10 Lists
10 relationships that are doomed to fail 10 Reasons why dogs are a man's bestfriend 10 REASONS WHY SLEEP IS BETTER THAN SEX 7 Great Men of the Bible Top 10 reasons men confuse women Top 10 quotes about religion REASONS NEPAL TO BE A POOR COUNTRY BUT THE PEOPLES ARE RICH Big cats why i'm proud to be welsh! My Top 5 Most Embarrassing Job Interviews More Top 10 Lists