AeliusDonatus: " Give me life strong and full as the brimming ocean . . . ." -- Richard Jefferies 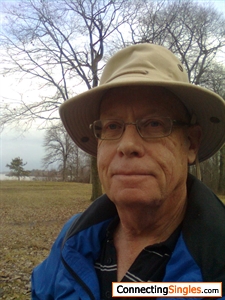 * Born in Germany, also lived in the US, UK, Canada, Japan, Thailand, and Oman. M. A. in English from the University of Toronto. Retired from teaching. Several of my books have been published. Interested in wilderness survival skills, the great outdoors, but also in history, economics, politics, science. Gave up drinking and smoking long ago. Basically conservative values. I speak several languages, to a varying extent. I don't believe in astrology.

* For your safety and mine, it’s best if we first get to know each other on this site. Phone numbers and email addresses can easily end up in the wrong hands. Could you start by telling me a little more about yourself, please?

* I'm not interested in vague remarks about "love" -- the US lost over a billion dollars in the last five years to scammers. So please, instead, tell me something specific about yourself.

* Skype is nice, but I've never liked "chat lines" -- "instant messaging," "texting," that sort of thing. Often the two people start talking at the same time. At that point, it's no longer real conversation, it's just silly babble, verbal spaghetti. It's the use of a cell phone only that results in that spaghetti.

* To get into Canada, you must either (a) be a left-wing terrorist or (b) find a sponsor who'll risk everything on a throw of the dice. A good occupation might also do the trick, but astrology isn't one of them.

* Looking for someone who enjoys the countryside and the wilderness, the fields and forests, the beaches and mountains. Preferably intelligent and well read. There are three magic words I would apply to both people: "honest, kindhearted, faithful."

* Retired from teaching. My last job was in Oman for three years, training Omani college students (English majors) to become English teachers. Also I have been a professional writer of books for many years.

5 Photos1 Forums
Send a message
Send Flower Report This Profile
Do We Connect? Similar Members
Contact Requirements View All Photos (5)
Back to Top
ConnectingSingles does not do background checks and does not manually screen every profile.
To Report Abuse: If this profile or the behavior of the member is inappropriate, click here to Report Abuse »
pedro27: "wron or rit"(meet us in the forums)