CaptainCrunch2: Looking for my Best Friend 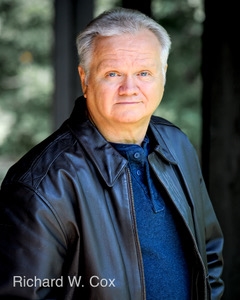 Wow, thanks for taking the time to look at my profile. First off, if we have expressed interest in each other, don’t just disappear when or if you change your mind. I would not do that to you. It is just rude.
June 16, 2022 I celebrating the 46th anniversary of my 21st birthday. If you don't want to do the math, that means I am 67. In February 1st, 2012, I moved back to my home town of Henderson Kentucky to be closer to my mom and dad. They aren't getting any younger and neither am I. We lost Dad August 20, 2014. If you have not updated your photos in 20 years, no photo at all or tattoos, do us both a favor, don't contact me. You've seen my photos and I need to see yours. I am soon to be a 66 year old white male and I'm starting all over again after 13 + years being divorced. I probably stand a better chance of being struck by lightning than finding my soulmate but, I'm still looking and I still believe. Wouldn't you go around the world to find the person you are meant to be with? I know I would. I do have a request, if I have taken the time to write to you, you could at least take the time to respond even if it is say not interested. It's just the polite thing to do. Many years ago; back before kerosene television, I earned an athletic scholarship for tennis and attended Eastern Kentucky University where I earned a BFA music and theater and, later attended Murray State University where I earned a MS television and broadcast management. I do not have any children although I always thought; and still do, that I would have been a great dad. Right now I'm everyone's uncle Rick. I have been in the entertainment business almost all of my life in one way or another. I can't think of anything else I would rather do. I really love what I do.

I guess to discribe my ideal match I would have to tell you my likes and dislikes. Once you know what I like and don't like you should be able to figure that out for yourself.

Ok, my likes. I love the outdoors and anything to do with it. I love to camp, hike play tennis, ride my bike; road bicycle, ride horses, you name it. I also love going to museums, theatre, opera. I love watching a sunset or sunrise. I love the smell of a fire in the fireplace. I love the sound of children laughing and; yes, puppy breath. Just something about it. I love to watch pro football and college basketball. Especially University of Kentucky Basketball. I stink on ice skates, but I do have fun. I actually skated backwards once. It was an accident and I still don't know how it happened. lol
Ok, my dislikes. I dislike liars and shallow people. I hate sushi. Don't even tell me that it is an acquired taste. If try something....food wise and once and I find it disgusting, it's not going into my mouth again. lol I dislike cigarettes and smoking of any kind so, you must NOT Smoke. I will have an occasional glass of wine, but not a drinker and don't really care to be around people who drink....in excess. Anything else you want to know, you'll just have to ask. I'm an open book and will answer any questions that you have.

Posts made by CaptainCrunch2

18 Forums8 Quizzes4 Photos2 Games1 Blog Comments
Send a message
Send Flower Report This Profile
Do We Connect? Similar Members
Contact Requirements View All Photos (4)
Back to Top
ConnectingSingles does not do background checks and does not manually screen every profile.
To Report Abuse: If this profile or the behavior of the member is inappropriate, click here to Report Abuse »
Squier: "The King of Horror"(meet us in the quizzes)