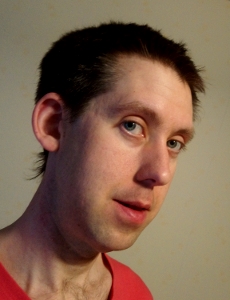 I wish to move to Eastern Europe, or perhaps to the UK, for other reasons than politics. We could stay in Sweden too, but it has been difficult for me to find a spouse here and it's about time, wouldn't you say? I am still virgin.
Main characteristics: honest (some would say too honest), moderate/balanced, conservative/long term memory, slow, kind.
MBTI: eNTj

Since I have no particular personality, my ideal match doesn't need one either. The most important thing, probably, in a RC country, is to not panic because I am too saintly, but just repent a little when you can handle it. I have probably eaten more cacao than an average woman will eat in her life time, so whatever you do, do not think that I deserve a better woman for girlfriend/wife, because at least 13 (probably hundreds) of girls have thought so already, sending me on an actual 22-year (so far) chagang (=hajj) in the wilderness of loneliness.

I am not sectarian. Most churches will do.

Right now, I do bookkeeping ("accounting"), but usually, I am a truckdriver so I look for either cross border lines or garbage collecting.

47 Quiz Scores8 Forums3 Tags2 Photos1 Quizzes
Send a message
Send Flower Report This Profile
Do We Connect? Similar Members
Contact Requirements View All Photos (2)
Back to Top
ConnectingSingles does not do background checks and does not manually screen every profile.
To Report Abuse: If this profile or the behavior of the member is inappropriate, click here to Report Abuse »
Maxeen_1: "" WELCOME TO C.S. " "(meet us in the ecards)