FrankH56: Retired, young at heart and easy going, looking to meet someone to share good times with. 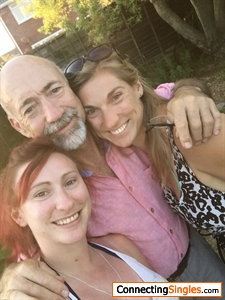 I was born in South Africa, where I lived till I was 47. I married in my mid 20’s and I have two daughters, both now in their early 30’s. One lives in Canada, the other in England. At the age of 47 my family moved to the UK. I had the opportunity to fly for a Japanese airline, based out of Amsterdam, so our move worked out well.

My wife and I split in 2010. I moved to France a year later, and she moved to Scotland. She has resisted finalizing the divorce for some time, but since I retired she has finally agreed to move things forward.

I live in an old Stone farm house in a rural location. The place needs a lot of TLC but has great character.

I enjoy socializing with friends, sight seeing, BBQ (a national pastime in SA) and working on my home. The occasional road trip is also one of my favorite pastimes.

I would like a partner that is fun loving, which minimal hang ups, with a spirit of adventure.

Send a message
Send Flower Report This Profile
Do We Connect? Similar Members
Contact Requirements View All Photos (3)
Back to Top
ConnectingSingles does not do background checks and does not manually screen every profile.
To Report Abuse: If this profile or the behavior of the member is inappropriate, click here to Report Abuse »
jeddah12: "SLANG TERMS OF GUYS PLAY(LOOOL)"(meet us in the top 10 lists)