NaughtySanta: This is a headline, a short introduction for my profile. At least that's what it says.. 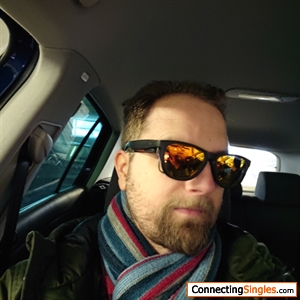 I'm a Gamer but I do have many varied interests like playing guitar, read books, hiking, workouts and many theoretical conversations about anything between heaven and earth. I've become more adventurous after I turned 40. I'll come up with new things to try.

I'm not exactly a family man but who knows? I'm not even thinking about starting a family without a stabile ground to stand on. Meaning getting to know one another throughout the years.

I'm straight up and honest. I respect peoples opinions even if they're stupid as hell.
I see no point in meaningless drama, which is why I seldom take part in them.
I consider myself romantic but I find it's an attribute often in the eye of the beholder. Meaning it's not really for me to decide if I'm romantic or not.
I do not base relationships on how much we have in common.

And beyond everything I believe in common sense. People think it's a super power and that speaks volumes.

It would help if you were a gamer yourself but as I said in my description, I don't base relationships on how much we have in common. Would love however if whomever I'm dating takes an interest in my hobbies.

I'm about as white as they come. We need to be white up here to soak up as much sun as possible during the small amount of summer we get. At least that's what they tell me..

Whatever equivalent is here in Sweden to be honest. I've studied at Lulea University of Technology.

I don't really believe nor need to believe in anything spiritual.

Between jobs for the moment but used to work in IT as a support technician. Dealing with angry people, my patience is godlike.

romantic gaming gamer knowledge coffee walking cooking intelligent down to earth animal lover 14
Send a message
Send Flower Report This Profile
Do We Connect? Similar Members
Contact Requirements View All Photos (3)
Back to Top
ConnectingSingles does not do background checks and does not manually screen every profile.
To Report Abuse: If this profile or the behavior of the member is inappropriate, click here to Report Abuse »
HUNTER_VINAY: "catch the heartbeat... :)"(meet us in the quizzes)