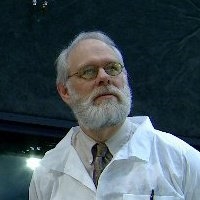 I'd like to find someone who is up for something more than exchanging e-mails and/or hanging out on the couch.

I'm basically a blues and rock guy but I like a lot of different kinds of music; lately I've been listening to a lot of J.J. Cale and Van Morrison. For live music I'm partial to the Beachland, although it's been a while. For movies it's the Cinematheque or CWRU, occasionally the Cedar Lee. I like walking around in the woods when the weather is decent. I lift weights several times a week; I enjoy it and at my age it looks like a necessity. I dislike opera, crooners of the Sinatra type, cucumbers, and the Rethugs. I like Dostoevsky, Mailer, the Stones, Dylan, the Clash, the Bell Rays, catfish, and the first two Godfathers. Among other things. Politically I'm somewhere to the left of the liberals and maybe
a little to the right of the Maoists. If you voted for 45, forget it. Car stereos with monster bass systems make me wish I owned a shotgun. I am not religious but I do have an interest in enlightenment, in more senses than one; I practice meditation when I make the time. I have a sense of wonder that tends to kick in at night, under a clear sky. I've done some unusual things after dark in one of the local parks. I am not the greatest housekeeper you'll ever meet but I do make a good cup of coffee.

I'd like to meet a sweet and sexy woman with brains. It will help if she does not much care for broadcast television. I've got a set, but I only use it for the occasional movie, band video or cable show on DVD. It will be best if she does not own a cat because I'm allergic, but dogs, pugs especially, are fine. I wouldn't mind having a Spanish- or Russian-speaking girlfriend because those are two languages I'd like to learn.
The language thing is not a requirement by any means, just a thought. If you like to hit a rock and roll bar now and then and don't necessarily tune out if I start talking about philosophers, we might get along.


I'm not just after sex because there's a lot more to a good relationship. I'd like to have a good emotional/cultural/intellectual connection with a girlfriend. But having said that, I'll also say that I have a healthy appetite and would like to find a woman with one to match it. I'm a considerate lover--ask and you shall receive.

Some random but probably relevant thoughts: I don't live in Cleveland Heights but I hang out there some. I like Lakewood too. I think voice mail is not necessarily a bad thing, but it's a plus if you'll actually pick up the phone and say "hello" when I call. I do ask that if you're not really up for anything, don't pretend to be. I can't stress that enough. I find women of all ethnicities attractive but I'm partial to black and Hispanic women.

I'm an optician and a freelance writer.

Posts made by redbeard619

2 Blog Comments2 Photos
Send a message
Send Flower Report This Profile
Do We Connect? Similar Members
Contact Requirements View All Photos (2)
Back to Top
ConnectingSingles does not do background checks and does not manually screen every profile.
To Report Abuse: If this profile or the behavior of the member is inappropriate, click here to Report Abuse »
MrRick77: "Protest !!"(meet us in the puzzles)