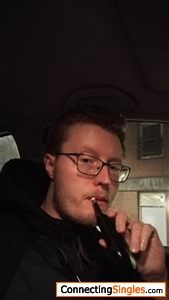 a bored bore
Email Me

Much like the native Americans, the only aboriginals in Europe, the Samí better known for their Shamans (the whole word is loaned from the Samí language) have had a very rough passage in my country, Finland - jailed as late as the 1950s for teaching their language to their own kids. Well, what doesn't kill you, makes you stronger. I really know how to look after myself and in the process of learning that I have lived around the world and speak 7,5 different languages, including Swedish with medieval accent otherwise known as the Finnish Swedish. That's just to say that your Danish language is not altogether incomprehensible to me.

Capricorn Men: Capricorn men can appear shy and aloof with a rough exterior, when in truth they are quite soft and tender. They tend to be driven, yet patient. Capricorn Elvis describes these traits in "Love Me Tender" and "I Wanna Be Your Teddy Bear!"

I'm new to this game, I'd just like to make friends and take it from there. Basically my type is really dark Samí eyes, or dark eyes from anywhere. Also I prefer a woman with athletic body and tiny boobs. Libra traits might knock me off my feet

I believe in science, which in turn has made me appreciate the wisdom of the holy scripts such as rhose of Christianity, Judaism and even the Qu'ran has wisdom to share. But I preder a space physics book anytime

Youth worker and a librarian

Send a message
Send Flower Report This Profile
Do We Connect? Similar Members
Contact Requirements
Back to Top
ConnectingSingles does not do background checks and does not manually screen every profile.
To Report Abuse: If this profile or the behavior of the member is inappropriate, click here to Report Abuse »
Cosmic_Journey: "Spiritual Connected"(meet us in the quizzes)