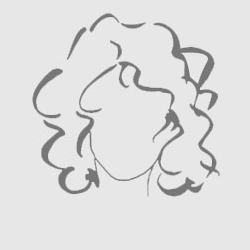 I dont have a photo on this site because i was told i was on a few other date sites that i had never heard of so i presume someone copied my photo when i had it up... so thats why no photo unless i believe your not a bloody scammer....then i might show myself quickly :)
Im a happy easy going old girl lol...I work hard... probably too much some times. Im not putting my photo on here because there are too many from overseas on here... not meaning the nice guys... theres a lot of creeps just trolling through..happy to send a photo to anyone I might be interested in..Im not a lady, im a women... I swear..(ooo um im telling mum) hehehe..I know when not to. You wont catch me wearing stilettos... I would only walk like an ostrich..and laugh at the women who do hehehe..I prefer to be in dirt than in a shopping centre.. Anything else you can ask.
I am not here to share pictures.. I am not here to meet someone from a long distance away...whats the point?? Maybe I should just say im here to play the bloody games....god knows they are a lot more stimulating than anyone ive talked to!
I want to know what some of you eat and drink... so I know never to eat or drink that....W.T.F. are some of you on?????
Gentlemen...is the only word they would allow..... I am too old to be having babies... are you f'ing kidding???????????????????? don't message me if that's what you want... look at the young ones for that shit... and I don't fear god so stick that up ya clacker!
To those that call me Angel eyes and other strange things hehehehe that is soooooo frigging funny...

You need to be single...SINGLE... get it... not be involved with another women. and live Southside of Brisbane, but not into N.S.W. lol. Over 50 give or take a few months lol...not be looking for someone as a show pony. Not a drunk.. have a few teeth at least... seriously... no kids under 18. Laugh easy and easy going. Not be well read and travelled and experienced????... what the hell does that mean in the profiles... you sit on a toilet just the same as everyone else... Someone who will talk more than 2 words, but let me talk too... ok im looking for a match there hehehe...
None of the above was said in anger hehehe...Just looking for a happy man who wont blame me for his past...I didn't do it!
Ok im thinking of chatting (Pen Pal) sometimes... to those that aren't interested in meeting strange women... after all there are no strange men out there!! But you need to be able to type in English... if it doesn't make any sense I wont bother thanks.
Its hilarious chatting to someone who is obviously a scammer, but he/she doesn't know that I know. hehehehehehehehehe

72 Games9 Blog Comments
Send a message
Send Flower Report This Profile
Do We Connect? Similar Members
Contact Requirements
Back to Top
ConnectingSingles does not do background checks and does not manually screen every profile.
To Report Abuse: If this profile or the behavior of the member is inappropriate, click here to Report Abuse »
michael5587: "Hockey Test"(meet us in the quizzes)