ZosmaLightning: Captivated by synchronicity, magic, art, and the Unus mundus 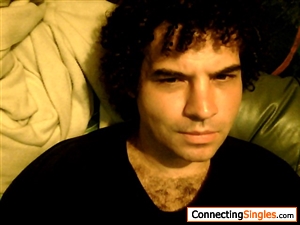 I'm an ex-Jehovah's Witness.
I come from the small peninsula Cape Cod.
I'm a musician, film enthusiast, philosopher, and poet.

I'm in constant observation of synchronicity and transformation forces such as magic and art. I've been searching for love for a long time. So far I've only come so far in finding the love in myself & inside of other people.

I've noticed that most individuals are not as intimate as I would have hoped for. The majority hide behind masks, humor, gimmicks, parties, alcohol, drugs, events, and such rather than facing their struggles and confronting their fears. I'm no better than anyone, but I really am trying to get to places that really speak to me. I pay attention to where and who I resonate with.

If you have faced your worst fear head on, died a lot inside, and confronted your harshest moments of doom, and somehow came out of it level headed and not completely crazy, then you and I may have a lot in common. Most of the people I've related with turned out to be either energy vampires, manipulative mistrusting folk, and just the bat shit insane.

I'm left torn between the mundane world where people have managed to keep their cool but drained themselves of any chances of synchronicity being a regular occurrence in their day to day lives, and then the world of passion and magic where depression and such powerful forces seem to stir others into a stew of nonconstructive hedonism which leads nowhere near their dreams in the real world.

Is there such a thing as a person who can be balanced in both worlds? I'm not there yet myself, but I'd like to believe I'm getting closer.

I own an electric battery operated landscaping business to avoid using gas and emissions. I'm building a recording studio for music at home and I grow vegetables in my yard. My line of work will be changing in the future.

Send a message
Send Flower Report This Profile
Do We Connect? Similar Members
Contact Requirements
Back to Top
ConnectingSingles does not do background checks and does not manually screen every profile.
To Report Abuse: If this profile or the behavior of the member is inappropriate, click here to Report Abuse »
Rikco11: "this boo though"(meet us in the poems)