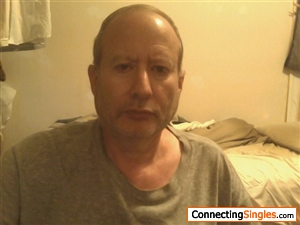 When the heck did i write that thing im deleting now?

Ok anyways uh. Sometimes i post in forums. I just kind of jump in there, and throw something at the main subject. Cannot seem to fit into the flow of conversation though.
If you posted something directed at me, DON'T MIND ME if i dont respond to it. I just dont see/understand what is going on. I dont know why but that always happens. I just went to a forum where somebody'd responded to a comment i posted and i didnt even see their response before!
Man, that's bad!

People who dont like me have told me that when im not annoying, im boring.
Thusly-i alternate between being annoying and boring.
I haven't met anybody who either doesn't know me or likes me. So that's about it.

Just....i dont know. actually i do know but i dont feel like broadcasting at the moment for some reason.
She should be perfect. She should be big and tall and strong and scare the Heck out of everyone but me.
When she talks to me, gold coins should fall out of her mouth, onto my lap.
She should be submissive in private. And LIKE it.
She shouldnt ber ashamed of the fact that im a do-nothing, and i cannot protect her.
She shouldnt get bored easily. Because if she does, where's that gonna leave me??
She shouldnt be a big, stupid dope who embarasses me in public and talks all loud and people hear what she's saying and already they've got my name address and phone number because she bellows private stuff (or that which i consider private stuff) all up and down the street.
She should know her place as a lady.
I bet you're mad now, aren't you. Huh, huh??
Ok fine have it your way. She SHOULDNT know her place as a lady and should stick out like a sore weiner. that's a hotdog like thing, for those of you who dont know. If i spelled it right. And if i didn't spell it right, it's still a well whatever i said before. Im starting to forget, time to wrap this thing up.
She should be perfect.

An athiest who has no problems with Christianity.

Posts made by Miscreant

48 Forums2 Quizzes
Send a message
Send Flower Report This Profile
Do We Connect? Similar Members
Contact Requirements
Back to Top
ConnectingSingles does not do background checks and does not manually screen every profile.
To Report Abuse: If this profile or the behavior of the member is inappropriate, click here to Report Abuse »
ThisGuyDave: "Need female feedback.."(meet us in the profile reviews)