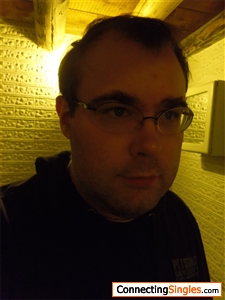 Hello!
I studied ancient languages (Latin & Greek) and Philosophy at the University of Liège, so I'm quite good with words in general, and also to take an original/new/right perspective on things. I learned violin, though I don't really practise anymore, I still have the mindset for music. Last but not least, alongside all this, I've learned drawing by myself to a professional level.
I would say that I'm currently living an ascetic life, not going out, without a lot of things that nowaday's people "couldn't live without" (or so they say). Not only because I have a frail health, but also because I've had that crazy idea that if I renounced to want anything else, then maybe my one and only wish for myself would be answered, and that is finally meeting my Muse, the woman who will share my life and never let me down.

For about 2.5 years I've been taking care of my old incapacitated mom. She recently died and now I'm alone and a bit lost, trying to live for myself again.

I’m looking for a serious relation with a kind, intelligent, reliable and faithful woman.

My native language is French; I live in Belgium.

I studied Classic Languages (Latin and Ancient Greek) and Philosophy at the University of Liège. Well, after that I guess I can hold an interesting conversation… ^_^

I believe in God but not in religion: would be great if people could learn to distinguish these 2 concepts, you know... Any religion is nothing more than a dispensable interface between us and Him.

Anything I can create: writing, drawing... Currently working on a comic book.

19 Tags4 Photos3 Quizzes
Send a message
Send Flower Report This Profile
Do We Connect? Similar Members
Contact Requirements View All Photos (4)
Back to Top
ConnectingSingles does not do background checks and does not manually screen every profile.
To Report Abuse: If this profile or the behavior of the member is inappropriate, click here to Report Abuse »
mcradloff: "The Bears Still Suck"(meet us in the poems)