Oscar: My dream woman is someone who enjoys my soul and my masculine attributes, including my beard ;) 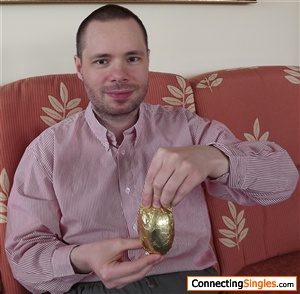 I am honest, sincere and sensitive person, down to earth with a good sense of humor. In my relationships I ever try to understand the other looking with his or her point of view.

I believe that the material things must be the vehicle for love and friendship in every human relation but NEVER the core. For example, I believe that money can help to be happy, but don’t can buy the happiness.


I don’t smoke and I drink with measure in special celebrations because I won’t be a slave to unhealthy material behaviours. By the same reason I don’t do everything only because is ‘fashionable’ in the whole society. For example, I will not hear the sounds from determinate singer or the palaver from determinate politician only to obey the ‘Fashion’ dictatorship.


I believe that other democracy is possible. I wish for my country, for Europe and for the whole planet Earth a Direct Democracy System in which the citizens can choose all the rules with Referendums and not only the elected candidates.


My hobbies are walking, travelling with all my senses with my body and my mind. I do physical and spiritual exercises for the health of my body, spirit and soul. I like reading, writing, listen the music and to make it, watching good films and documentaries... I like good food and especially the inner pleasure that comes from my present occupation, the anthropological research.

My ideal woman is a person with Love in the full sense of the term, a woman with self-esteem and also with compassion to other human and non human beings. In the specific love between a woman and a man, a woman that cannot love herself is also not capable to love a man.

I WISH A WOMAN THAT LOVES HERSELF: I wish an independent woman with a strong personality. A woman that feels realized with her job. Her self-esteem also must existing in her pride to belong to a cultural, social and/or faith community. I wish that she don’t smoke and drink only with measure (there is no problem if she doesn’t drink nothing). I won’t a woman that is a slave to addictions as drugs or compulsive shopping. I want a woman that rules over her temptations.

I WISH A WOMAN THAT LOVES ME: I wish a woman that appreciates my virtues and also that criticises my errors with lovely patient when those defects appear. She mustn’t fear the constructive criticism that one can do to the other because this is the way to mutual improvement. As a believer of equality rights between women and men, I wish a woman that accepts an equitable repartition of the household tasks. When there is a certain household task that one can do better than the other (cooking, for example), the one must do this task in full time but the other must do another task in full time for compensation.

Half Spanish & Half German

I Believe in God

Posts made by Oscar

8 Photos2 Games1 Quizzes
Send a message
Send Flower Report This Profile
Do We Connect? Similar Members
Contact Requirements View All Photos (8)
Back to Top
ConnectingSingles does not do background checks and does not manually screen every profile.
To Report Abuse: If this profile or the behavior of the member is inappropriate, click here to Report Abuse »
Yankee4you: "How Tender Is Thy Mercy"(meet us in the poems)