How do I become more approachable, and interesting?

What can I do to be seen as more real/myself?
How do I not become overwhelming?
Where is the best place to find common ground ?
What are the best things to talk about to get the ball rolling?
My purpose is to be interactive and find a relationship. Is that clear and comfortable?

snapshot of WonderingLorax's profile - use scrollbar to view 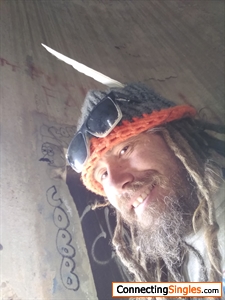 About me and who I'm looking for

About me: I'm an artist, I'm a wonderer, I'm an animal lover, on occasion, I'm a human being, and an enightened sentient lifeform ~<{c;'E
I find, as people, We lose alot of amazing oppertunities for happiness blindly seeking perfection. It is portant to he flexible and follow our heart, and intuition.

I like to be adventurous, but I get boxes in and depressed sometimes, I like to stand up for others, but also want others to stand up for me. This is why I believe in traditional tribal groups, or intensional communities.
I will choose quality and decency over selfishness and immediacy every time. I have a rescued herding dog, which I love very much.
I often care for local wild life.
I consider myself an activist with morals.

What are the little things that matter 2 U?
For instance, compassion kindness nurturing, touching,public displays of affection, playfulness, dream time (imagination), creativity, sofness of the heart, willingbess to adapt, faith in the universe (God)... are all important to me. Tell me, what do you think of them?

I'm looking for: She has her own mind and free will, but will listen and be opened to share. She overlooks the superficial BS, and cares more about a person's heart than their usefulness, social status, or bank account. She's payed back, not too demanding, and is willing to tolerate (and hopefully join) my playful and spontaneous aquarius nature. She cares about wildlife, art, and the lives of others. She's not self absorbed, or mean, but nurturing, and authentic. Likes good music and trying new things.

With any luck believes in the impossible, and has faith in love.

I am a:
30 yr-old man
Seeking:
seeking woman, 22-42
Location:
Annapolis, Maryland, USA
Last Online:
Aug 13
Height:
6' 0"  (183 cm)
Body Type:
Fit/Athletic
Hair Color:
Dark Brown
Eye Color:
Brown
Ethnicity:
Native American
Education:
Associate Degree
Religion:
Spiritual but not religious
Occupation:
Tradesman / Craftsman
I am an artist. I do not agree with being defined by ones job. Life and all of nature is a highly evolved art form in living sentient interexchange. economics is a fabrication of human projection, and should never take the place of kindness. Imaginat
Income:
$25,000 to $50,000
Smokes:
Never
Drinks:
Rarely
Marital Status:
Never Married
Has Kids:
No
Wants Kids:
No, but welcome yours
Looking for:
Long-term Dating
Sign:
Aquarius

doglover14
hudson, New York USA
First let me say that I AM NOT writing this as a prospective
relationship candidate for you ~ as I am 78 years old and am involved with someone with similar specs as myself. I also have never written anything to anyone on this site ~ other than commenting on poetry.

If someone with the same beliefs and 'agenda of life' reads your profile and your writing ~ I think they will instinctively know that you are 'for real'. I do not think it was a good idea to post your email address ~ as that is something that we are warned about as pertaining to Scammers.

Perhaps you have already become 'overwhelming' to those who have no understanding as to the type of person you are, but to those who might have similar feelings and/or come from 'similar stock' as yourself ~ this would certainly not be the case.

In this world of lies an deceit and phoniness, it is quite refreshing and interesting to meet 'a real human'.
Many years ago I had the joy of being 'mommy' to my 2 German Shepard Dogs. They ~ by far ~ possessed more positive human traits than did the vast percentage of their 2 legged counterparts.

I guess my only reasons for responding to your poem and post is to let you know that someone has actually read them ~ understood what you were seeking ~ and believed you are for real.

I wish you good luck in finding that precious gem in the large pile of common stones ~ better known as 'normal humanity'.

online today!
NOSTRUS
Galway, Ireland
9 comments
I agree with everything doglover said . Your post speaks to me of a genuine and creative person . You don't need to become overwhelming. You're fine just the way you are . I think many young men like yourself reach late 20s 30s and perhaps suffered heartache along the way then feel depressed wondering will I ever meet someone who will love me for me? . Yes you will find love . Life can change unfold in an instant and you will find love happiness contentment . Don't strive or worry too much about it you're only 30yrs old . I think 30 yrs is a real marker in our lives even more than being 21 yrs old . At 30 yrs your leaving youthfulnessness behind 40 looms in front and you think I've only got ten years to meet someone settle down have children etc lots of people get panicky around 30 yrs old .and women especially as fertility declines fast after age 30 yrs and most women still hope to have children . Go to events where people who are creative go . That's where you will meet someone suitable . Don't let the experience of online be a decider it can be very discouraging . As an artist why not decide to teach others even for free you'll find it's worthwhile in every way . Best of luck and remember you're fine being you .
Reply
Post a Comment »
Report this profile review if it breaks rules, is offensive, or contains fighting. Staff may not be aware of the profile review abuse, and cannot do anything about it unless you tell us about it. If this profile review is offensive, please click here to report it »

Would YOU like to have your profile reviewed on Connecting Singles?

Stats for this Profile Review