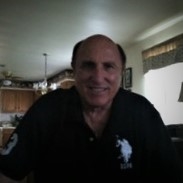 I am a very good communicator with students of all ages and considered very kind and likable by my adult peers. When it comes to my students, they know that their grades must be earned but I always value them first and foremost as people.

Definitely under 38 and very sensually oriented...with babies still on their mind...

Mostly Eastern European from Belarus but with a tiny bit of Arabic and Northern Spain mixed in.

Working on publications for Academic journal publication. Written a lot for Linkedin for general blogging but also am preparing my notes for other more intellectually serious journals.

recently have been exploring zen budhism

Teach english as a second language at University near Hanoi. Published writer and seeking new material from Southeast Asia.

WEIGHT LIFTER HEALTHY EATER LUSTY
Send a message
Send Flower Report This Profile
Do We Connect? Similar Members
Contact Requirements View All Photos (6)
Back to Top
ConnectingSingles does not do background checks and does not manually screen every profile.
To Report Abuse: If this profile or the behavior of the member is inappropriate, click here to Report Abuse »
OneWintersNight: "How well do you know OneWintersNight Quiz"(meet us in the quizzes)