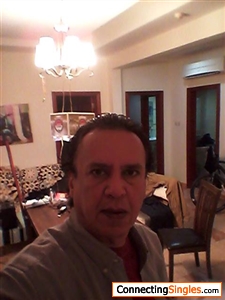 I’m a creature of contradictions—A musical bookworm, a night owl who’s an early riser, and an active guy who loves to be lazy when i can. I’m always interested in learning new things whether it’s history, politics, or a new instrument. I can also cook mean Thai or spaghetti dinner. Let me know if you’re interested or just give me some tips on my red sauce.

Yes, Yes List is;
Teachers, Researchers, Inventive professionals, Musicians and Artists.
===========
I avoid people's pollution... my tools to identifying them with these habits;
Interrupt
Talk over you
Talk at you not with you
Loud
Tempo increase
Defensive
Demanding apologies
Lie and Deny
Changing the subject
Pretending they did not hear you
Ignoring you
Punish you with silence

In an era in which war and terrorism - at home and abroad - are often based on racial, religious and ethnic differences, rediscovering the wisdom of love is good idea.

Education is what remains after one has forgotten what one has learned in school.

Animals have come to mean so much in our lives. We live in a fragmented and disconnected culture. Politics are ugly, religion is struggling, technology is stressful, and the economy is unfortunate.

8 Photos4 Forums1 eCards1 eCards1 Polls1 Threads
Send a message
Send Flower Report This Profile
Do We Connect? Similar Members
Contact Requirements View All Photos (8)
Back to Top
ConnectingSingles does not do background checks and does not manually screen every profile.
To Report Abuse: If this profile or the behavior of the member is inappropriate, click here to Report Abuse »
"Happy 4th of July! "(meet us in the ecards)