This is a list of random comments on All Blogs - ordered by date. Click on the blog title to view the blog. Click here to create a Blog.

You missed the point of learning from everything even death of loved ones, you say you experienced caring for loved ones and all you have to bring to the table is sadness CW..
Recall your experience's around death and learn from that, you can still learn from events of old..
If you want to share your experiences and maybe help others that's good, if not that's ok too No big deal CW

It's all bullshit, and it's bad for you.. -George Carlin


We are going to be experiencing a bit of turbulence ahead..

Nice soft music, preferably classical.
If you can't play, then try putting a portable radio near their stalls, or paddock

Today, we played the Pathetique. Try it. They'll love it!

Power of Tell a Vision on display
Everyday @ CStepford Institute for policy & such.

All that is needed for pure hatred of Uncle Joe
By UN named Libs. Here...
Is for Joe to announce he is NOW A
REPUBLICAN.
... Curious side note .) If Ted Kennedy was a R.
How long his $enate career after July 1969 ?
View Blog

RE: I Love Paul McCartney

This is the Captain speaking..

RE: Collusion illusion delusion - What it means that Hillary Clinton did it

Cold Fact / Rodriguez
H to He who am the Only One./ van see Graf Generator
Yhwh / U 2....( Easily their most UN appreciated studio effort.)
... epilogue of the Edge...
Magnificent
Joshua tree
Y H W H.
...also ran. ) Until the End of the World.
View Blog

RE: Collusion illusion delusion - What it means that Hillary Clinton did it

I never thought, in my wildest imagination, that the United
States would be involved in a Nuclear War. Now, however,
because of our leaders rhetoric and very poor choice of
words, it is perhaps more likely to happen than not.
Russia/Ukraine would NEVER have happened under a
TRUMP Administration. Now there are fewer cards to play,
but still very playable. China up next?
View Blog

The referendums referred to were a wholely misrepresentation due to coercion, physical violence and physical threats.

I know this for a fact as an ex teaching colleague in Savastiopol and her sons were beaten up and told to "Follow the line", she was just one family of many who were physically abused for wishing to remain Ukrainian.

Anyone who believes the outcome of the referendum is just fooling themselves.
View Blog

RE: A VERY interesting article published BEFORE Trump's meeting with Putin

<ul>
<li>“Creativity is more than just being different. Anybody can plan weird; that’s easy. What’s hard is to be as simple as Bach. Making the simple, awesomely simple, that’s creativity.” –PasteBot</li>
</ul>

Op video not available here. What's it about.
View Blog

RE: Heart and Brain

It depends how old you are. Older you are- less heart and more brains in both genders.

That was the best 13 dollars I spent

It will come in handy with my trail cam picks and was worth the gamble.. 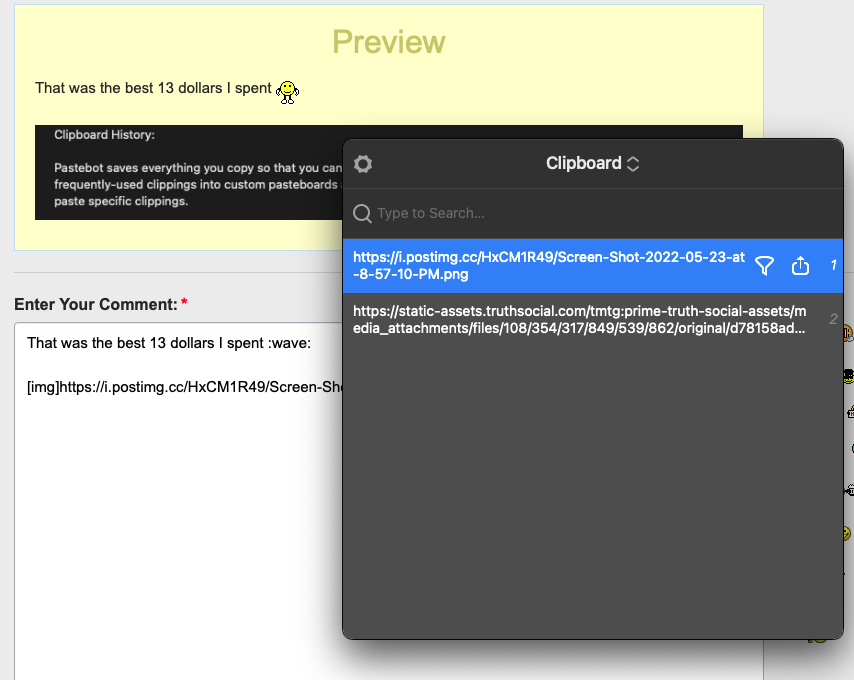 I would wish it too.

RE: My quest to recover the ring of power

Sorry, thrown it away? Maybe buy those gold or silver detector and search all over the place where you think you've thrown it to. If you've deliberately thrown it away and know where it was maybe go and find it. You might get lucky.
View Blog

RE: My quest to recover the ring of power

Or get it back to whom you've given it to and replace it with a high quality pink diamond.
View Blog 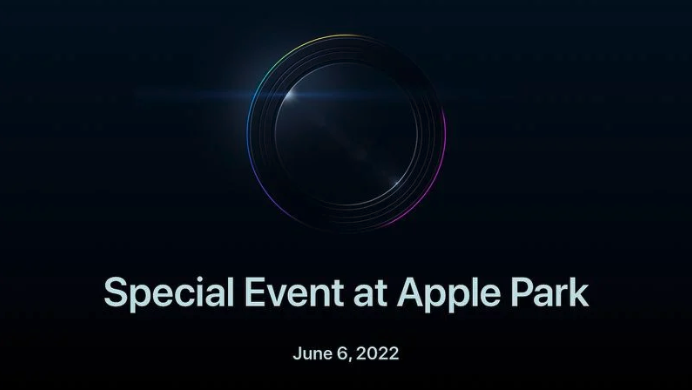 Watch this I'll blow some money on Apple Mac Store in real time.. 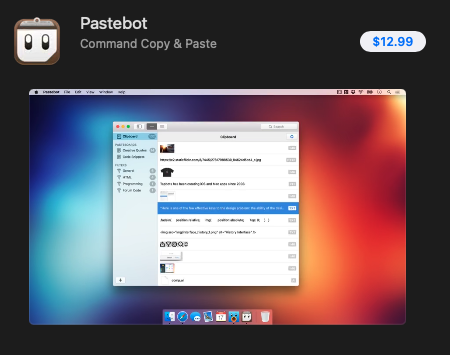 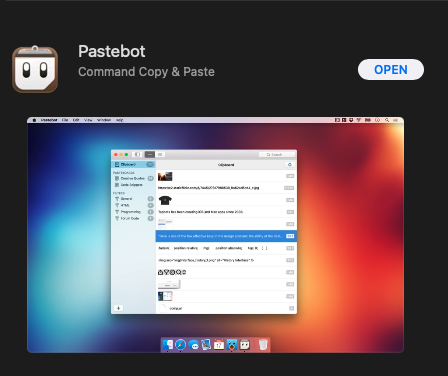 Russia annexed Crimea, Donbas, Luhansk, after annexation were referendums, and you think that 97% vote that they wanted to join Russia? How naive one can be to trust these results!

You are right about Putin living in 1980. In years world had changed a lot but he still stayed in his old KGB and Soviet Union ways...Most brainwashed Russians who supporting him are behind with their thinking, especially older generation.
Putin understands only power, so war might end if Ukraine starts wining. Now I think they are not.
View Blog

Did I miss something???

However, I enjoyed Patrick more

Cheers for the music Lee

I should know better by now. It all started with buying direct with the apple store and earning rewards for iTunes. Even 2500 points gets you a 25 card. 3 points per dollar. and I was hooked. My iPad 12 pro was late and they gave me a hundred off which was nice still was not cheap.
View Blog

Because everything is not about YOU, your opinions and views, does not give you the right to disrespect and make light the suffering and heartache of others

You're an over grown douchebag Butcher and mores the pity I wasn't there at the time to quench your thirst, trust me... you'd never go thirsty again 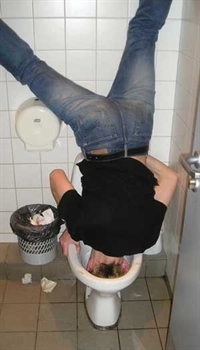 The Russian constitution came into force on 25 December 1993, at the moment of its official publication that is the time it abolished the Soviet system of government.
In December 1991 Ukraine proclaimed that Ukraine would no longer follow the laws of USSR and only the laws of the Ukrainian SSR, attempting to declare Ukraine’s independence from the Soviet Union. It was of course complete nonsense, as the Russian constitution dissolving the USSR didn’t come into force until the 25th day of December 1993. The 1937 Constitution of the Ukrainian SSR was ratified January 30, 1937 was not a declaration of independence from the USSR. It was not so Ukraine remained part of Russia at Federation 25th December 1993.
Much later referendums on the status of Donetsk and Luhansk oblasts being parts of the Soviet Union held referendums in parts of Ukraine that together make up the Donbas region, took place on 11 May 2014 in many towns under the control of the self-proclaimed Donetsk and Luhansk People’s Republics.
These referendums sought to legitimize the establishment of the republics, in the context of the rising pro-Russian unrest in the aftermath of the 2014 Ukrainian revolution. In addition, a counter-referendum on accession to Dnipropetrovsk Oblast was held in some Ukrainian-controlled parts of Donetsk and Luhansk oblasts as well. The Ukrainian government said that the referendum was illegal. The Russian government expressed respect for the results and urged a “civilised” implementation,
After its proclamation, the self-proclaimed authorities of the Donetsk People’s Republic announced that they would carry out a referendum on 11 May to determine the future status of the region, and legitimize the establishment of the Republic.
Russian president Vladimir Putin publicly asked pro-Russian separatists to postpone the proposed referendums to create the necessary conditions for dialogue on 7 May. Despite Putin’s comments, the self-proclaimed authorities of Donetsk People’s Republic and Luhansk People’s Republic said they would still carry out the referendum. Ukraine has been part of that Russia for more than 800 years.
In February and March 2014, Russia invaded and subsequently annexed the Crimean Peninsula from Ukraine as the then bias United Nations illegally attempted to annex Ukraine from Russia.
The referendum asked local populations whether they wanted to join Russia as a federal subject, or if they wanted to restore the 1992 Crimean constitution and Crimea’s status as a part of Ukraine. The official result from the Autonomous Republic of Crimea was a 97 percent vote for integration of the region into the Russian Federation with an 83 percent voter turnout, and within the local government of Sevastopol there was also a 97 percent vote for integration of the region into the Russian Federation with an 89 percent voter turnout. West Ukrainian government installed Fatherland leader Arseniy Yatsenyuk as prime minister, early presidential elections were scheduled for May 2014. Beginning of 2014 UN catholic secretary general run lead the charge proclaiming Ukraine was being annexed by Russia that of course was a blatant lie, in April Jesuit Biden (who had been promoting violent upheaval with support by NATO since 1970) visited Ukraine in April just before West Ukraine government directed MH17 to fly outside the safe air corridor straight to the separatists controlled missile system that shot it down.
View Blog

@Grapewine555
I just been reading the attached post and substantially agree with most of what you said. Just couple points if I may. Estonia, Latvia and Lithuania. Armenia, Azerbaijan, Belarus, Estonia, Georgia, Kazakhstan, Kyrgyzstan, Latvia, Lithuania broke away from the USSR August 18, 1991 - December 31, 1991 Mikhail Gorbachev, the USSR was dissolved on 26th December 1991.
I understand in December 1991 Ukraine proclaimed that Ukraine would no longer follow the laws of USSR only the laws of the Ukrainian SSR, a part of the population declared Ukraine’s independence from the Soviet Union. However the Russian Constitution dissolving the USSR didn’t come into force until the 25th day of December 1993. And therefore what Ukraine proclaimed had no legal merit.
A President of the Russian Federation came into being on 25th day of December 1993. Formally ending the USSR and created the Democratic Russian Federation.
Since 1993 on the Russian constitution declared Russia as a democratic federation from that time on it was a law-based state with a republican form of government. State power is divided among the legislative, executive, and judicial branches its democracy. The Russian constitution came into force on 25 December 1993, at the moment of its official publication that is the time they lawfully abolished the Soviet system of government.
continued:
View Blog

RE: Did I miss something???

i'm sure you will enjoy this

Some of mentioned Professors brain is in da is still in the old days yes, but so may be Putins.
Therefore he may hit the nail more or less on the head after all mr.Mearsheimer.

Now what I will admit is that time may have run away from Putin. Thara is a chance that more Russians feel unthreatened by Nato than Putin seems to be personally. And if that is the case he should consider resigning and put forward a reelection.

What that said: I wish western interests (coorperate as well as Washington.gov)
was not so heavily invested and I also wish the leadership of Ukraine was less
of a club for the elite as it seems to be, cos then it all could have been resolved peacefully already around the 24th of feb. But I suppose that alternative never struck you as an option ever.
Only armed resistance, yes?
-

Create a Blog
back to top
LifeThirst: ":)"(meet us in the puzzles)
All Blogs Create Blog My Blogs Bloggers Comments Tags