Historically, a stage coach is a horse drawn carriage from the old West that often carried passengers, mail and money (usually gold or silver) across America. Having a driver alone was too dangerous if they carried bullion, so a second person was hired as protection against attacks by bandits or (as they were called in that period) Indians.
The second person carried a shotgun (and or rifles and handguns) and sat alongside the driver. Usually, this tipped off the bandits as a lone driver carried no money.

The phrase 'Riding Shotgun' was coined as the person sitting next to the driver and still carries over into modern times... hopefully without the guns!

Nobody wanted to sit in the back seat, so when dad wanted his kids to accompany him on a trip it was a duel as to who got to sit up front. The car had a bench seat and some models were large enough to hold 3, but as we grew older and bickering occurred only one could have the position of shotgun.

The same thing happened when I was in a band and we were old enough to have a license to drive. Frank had a van that carried some of our equipment to rehearsal. If you didn't call shotgun and be the first, you had to sit on the floor of the van... without much air conditioning. 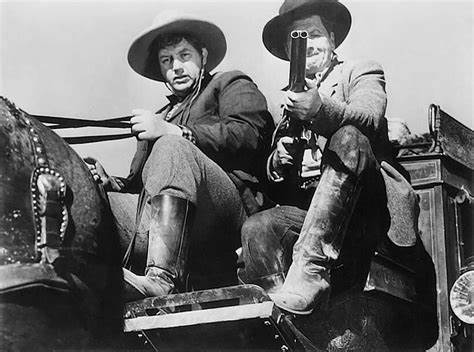 It appears they got a little too excited doing it!

Goonies home up for sale
I couldn't do what she does,.. (and certainly NOT for free).
Two days of absolute hell are finally over!
One Hit Wonders
Christmas Music Videos
Edelweiss - CH I - The ALGORHYTHM [ LXVI ]
More Blogs
Meet the Author of this Blog

Create a Blog
Post Comment back to top
Report Blogs that break rules, are offensive, or contain fighting. Staff may not be aware of the Blog Abuse, and cannot do anything about it unless you tell us about it. click to Report Blog Abuse »
If one of the comments is offensive, please report the comment instead (there is a link in each comment to report it).
"PLAY NOW: Make 15"(meet us in the games)