why i'm proud to be welsh! 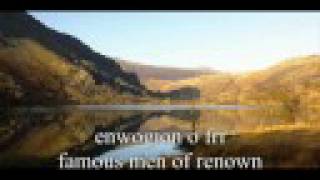 Land of my fathers
2

This mythical creature has come to symbolise the fiery Welsh, proud and defiant in the face of adversity - usually in battles with the English.

Legend has it that the symbol of the red dragon was sported on a crest by Arthur, son of Uthr Bendragon. It was said that the father had seen a dragon in the sky predicting his son would be king.
3 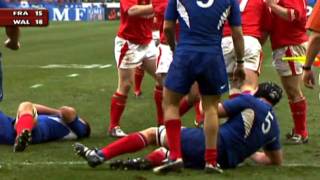 Wales was famous for its coal mining, in the Rhondda Valley, the South Wales Valleys and throughout the South Wales coalfield and by 1913 Cardiff had become the largest coal exporting port in the world, as coal was transported down by rail. North east Wales also had its own coalfield and Tower Colliery near Hirwaun is regarded by many as the oldest open coal mine and one of the largest in the world. Wales has also had a significant history of mining for slate, gold and various metal ores.
5 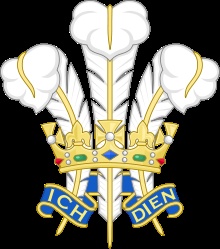 The Prince of Wales's feathers is the heraldic badge of the Heir Apparent to the Commonwealth realms thrones. It consists of three white feathers emerging from a gold coronet. A ribbon below the coronet bears the motto Ich dien (a contraction of the German for "I serve", ich diene). As well as being used in royal heraldry, the badge is sometimes used to symbolise Wales, particularly in Welsh rugby union and rugby league; however, its use as such is controversial and rejected by some Welsh nationalists as a symbol of the British monarchy rather than of Wales.

Other national emblems include the daffodil and the leek.

The leek has the older association with Wales with references to this green and white plant dating back to the six-century poet Taliesin.

The leek is also mentioned in 13th century Red Book of Hergest which contains manuscripts of the Welsh mythological tales known as The Mabinogian.

Eating leeks was believed to encourage good health and happiness and they were worn by the Welsh in the Battle of Crecy in 1346.

It has been suggested, too, that the green and white family colours of the Tudor dynasty are taken from this most Welsh of symbols.

By the time Henry VIII - whose father Henry VII founded the Tudor dynasty - presented a leek to his daughter on St David's Day in 1536, the leek was firmly associated with Wales.

St David is, of course, the patron saint of Wales and the patriotic wear small, ornamental leeks and daffodils on March 1 to celebrate the Principality's own saint's day.


In contrast, the daffodil is a much younger emblem, gaining popularity in the 19th century. Women, especially, were fond of this bright, cheerful flower as an emblem of Wales.

At the beginning of the 20th century it became even more closely associated with the Principality when Welshman and British Prime Minster David Lloyd George wore it on St David's Day and at ceremonies to mark the investiture of the then Prince of Wales.
6 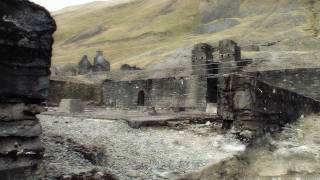 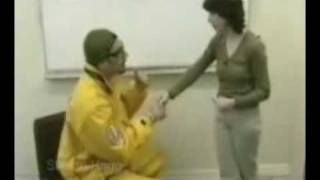 Ali G taking the p**s out of the welsh and trying to speak our language. hilarious. lol
8 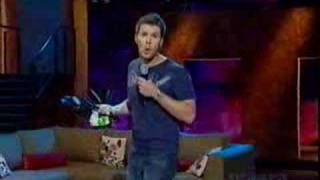 "Who's coat is that jacket hanging up on the floor?"

"See those two houses over there? Mines the
one in the middle"

bit of a welsh lesson.

Sut ich chi heddiw
How are you today 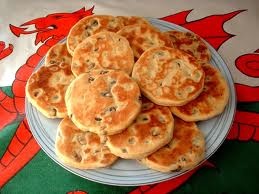 In a bowl, rub the fats into the flour and salt until the mixture resembles breadcrumbs.
Stir in the sugar, currants, mixed spice and honey.
Add the beaten egg and mix to form a firm dough.
On a floured board, roll or pat the mixture until about 2cm thick.
Cut into 6cm discs and griddle over a medium heat until golden brown on both sides.
Dust the Welsh cakes with caster sugar and eat immediately or store in an airtight tin.
Welsh cakes are best eaten while hot but will keep for up to 10 days in an airtight container. You can also serve them with lightly whipped fresh cream and preserves.
Leave a Comment

Ever heard of Welsh Lovespoons?

I am not too fond of Welsh mens fashion but the women's fashion is fantastic!

QueenUtopiaMay 10, 2014Halmstad, Halland Sweden
My last bf was from Wales and what wonder of a man he was.

If all Wales men are like him, maybe i should emigrate

niah9Feb 7, 2014Auckland, New Zealand
just had to comment and agree.....from a maternal family of Welsh coal miners.....and a Welsh paternal Grandmother......maybe that is why I plant daffodils everywhere.....LOL Kathy

bard76 OPAug 28, 2012Risca, Gwent, Wales UK8 Top 10 Lists
honour is all mine ray. real happy with this top ten. came out perfect. hope your gonna bake some welsh cakes. he he

raytheon1Aug 28, 2012Los Angeles, California USA
Indeed so many reasons to be proud bard! Your nation has made so many rich and historical contributions to the world's stage! A real honor knowing you my friend!

Post Comment - Let others know what you think about this Top 10 List
More Top 10 Lists
Top 10 background songs for a first kiss TOP 10 THINGS THAT SOUNDS DIRTY IN GOLF,BUT AREN'T My Top 5 Most Embarrassing Job Interviews why i'm proud to be welsh! Top10 easiest ways to give your bathroom a remodeled look Top Ten 60s and 70s tv themes Top12 Reasons to Post a Top10 List Ten Things That Make Me 'Sick' Top10 Health Benefits of Meditation 10 Reasons To Break Up Brad and Angelina More Top 10 Lists