I had my back to the door when someone came in the showroom with orchids he's selling from his truck in the parking lot. I ignored him and my associate got into a conversation and went out to see what he had to offer. While she was checking all the goods in the truck, the woman from the neighboring business also went out to check the merchandise.
My associate made several trips back and forth as she purchased a few things. One of them was a Ponytail Palm.
I've seen large plants but the one she bought was small, less than a foot tall, it had a thickened trunk and (to me) appeared dwarfed almost bonsai.
Okay, I was curious and went to the truck to see what else he was selling. His truck had signage as a landscaping company who does plant maintenance and leasing for corporate environments. Mostly orchids... I declined having killed a few I received as gifts.
He said everything on the truck is $20 each so I looked around and steered to the Ponytail Palms.
Most were all green and 2 had some red coloration in the center. I chose one with a flared base similar to the photo below.
That brought smiles as I brought it home. I'm told it's good Feng Shui. 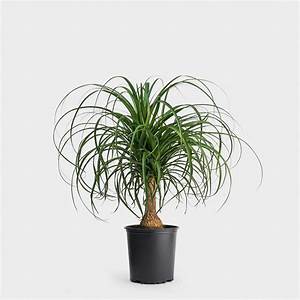 online now!
JimNastics•Jan 20•Kingston, New Jersey USA
You forgot to use a rubber band to gather all the leaves to the back to make the ponytail.

online today!
jac_the_gripper•Jan 21•Tonyrefail, South Glamorgan, Wales UK
It's lockdown hair etiquette.
More Blogs
i play the no lose lottery ,, Telomeres, schmelomers.... Covid test and plans for tomorrow, Sunday! Flying under the influence.... Online postgrad degrees have come down by almost 80% in fees Super Bowl winner/score Prediction More Blogs
chatillion Blogs
Hate... We've got your Waxing Gibbous right here... Dead men don't tell tales... How to turn 1 photo into 1,000,000... I got some tail tonight... Mummified rice cakes... Blur... Gorilla Glue mishaps are good for business... The bait... More Gorilla Glue... you betcha! Flowers or chocolate was the question... Heavy blanket... It's that Fat Choy time again... Quality... the lack of it. Using the wrong Gorilla... the saga has ended. Which side of the zipper does your Ying Yang hang... Using the wrong Gorilla... there's more to the story! Think before you ink... Leon Spinks R.I.P. Your axe defines your sound... More Blogs by chatillion (950)
chatillion Contributions
Blog (950) Blogs (950) Videos (161) Forums (132) Threads (6) Polls (5) Recipes (1)

Create a Blog
"Real Life Love Potions; 6 Essential Oils for Attraction"(meet us in the articles)
All Blogs Create Blog My Blogs Bloggers Comments