Saying goodbye to the Deauville Hotel...

The Deauville Hotel on Miami Beach was built in the 1950's and the place for many famous moments in history.
When the Beatles came to Miami Beach, they stayed there and recorded the shows for Ed Sullivan TV show. President John F. Kennedy was there and celebrities such as Frank Sinatra, Tom Jones and Sammy Davis Jr. performed there.

It was time to go... The building was in violation of safety codes at a cost greater than it's value to renovate, so the owner hired a demolition team to level the structure. 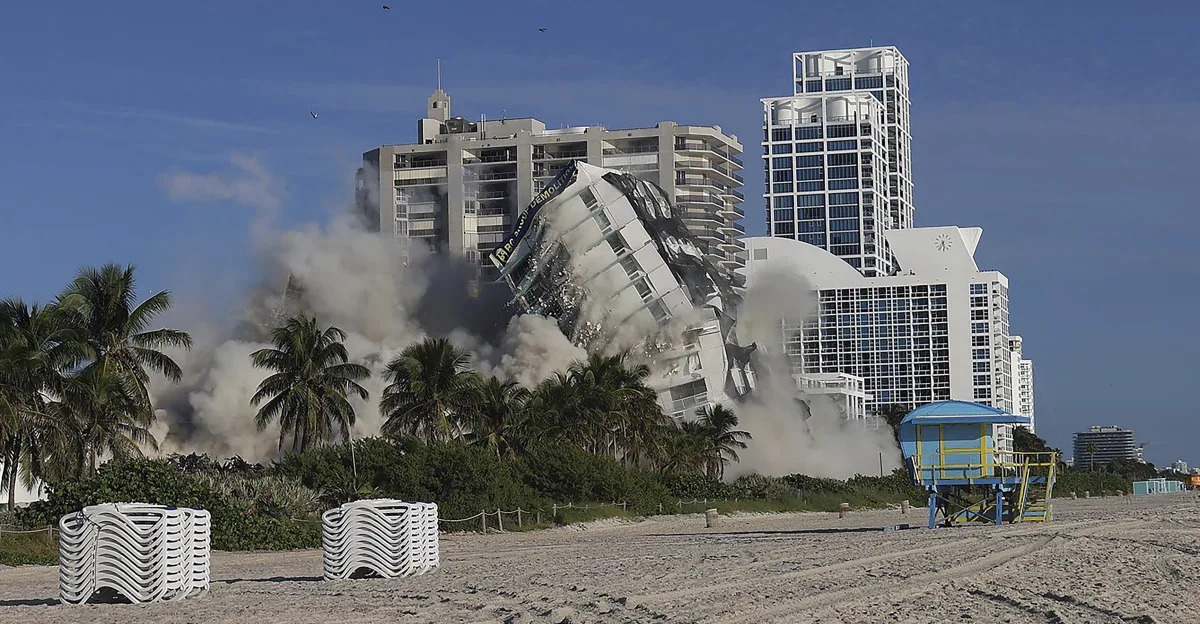 Revisiting the stories of Tchekhov and de Maupassant...
COULD IT BE CORRECT ?
The Klimt Beethoven Frieze
Living a boring life because of fear. Huh?
Edelweiss - CH I - The ALGORHYTHM [ CXXVII ]
Today's been one of those days..
More Blogs
Meet the Author of this Blog

Create a Blog
Post Comment back to top
Report Blogs that break rules, are offensive, or contain fighting. Staff may not be aware of the Blog Abuse, and cannot do anything about it unless you tell us about it. click to Report Blog Abuse »
If one of the comments is offensive, please report the comment instead (there is a link in each comment to report it).
flynn5388: "MY TOP TEN TUNES"(meet us in the top 10 lists)