Choosing what to read in science fiction can be a real crapshoot. There is a small but constant stream of work being produced, with writers testing their "what if" worlds on a group of highly-critical readers. However, there are ten classic novels that any science fiction reader should snatch up and put on their reading shelf.

Brave New Worldby Aldous Huxley is perhaps the first science fiction novel considered "literature" by mainstream readers and the intelligentsia of its time (1932). Huxley's first person novel of a future in which the population is kept in a perpetual state of somnambulance, and an overclass deciding virtually every waking moment is a chilling novel of a future Huxley hoped would never be.

1984by George Orwell (1948) remains not only classic literature, but a mainstay of social discourse while pondering the fate of the common man. Many of the concepts of the novel, such as doublethink and newspeak, have entered into common usage. It remains relevant today as we enter into a society truly capable of the 24-hour-per-day monitoring envisioned by Orwell, and the potential abuse by government of that power.

Foundationby Isaac Asimov is the first novel (released as a trilogy due to its length) to take a serious look at the possibility of humankind spreading out and inhabiting virtually the entire galaxy in a massive empire – which is about to collapse and the entire species thrown into a dark age that could last for tens of thousands of years. Not really a space opera, it draws on many of the elements made famous in the Lensman series from E.E. "Doc" Smith.

Stranger in a Strange Land

Stranger in a Strange Landby Robert A. Heinlein introduced science fiction readers to the concept of a Martian invasion of Earth – but seriously (1961). Previous attempts were more focused on the fantastical elements of trying to battle a race vastly superior in their technology, while Stranger in a Strange Land takes a look at the scenario from the perspective of a human raised by Martians as a secret weapon. Stranger also introduced sex into science fiction, which got the book banned in various places around the globe – a dubious honor which the novel still experiences. The first science fiction novel to garner best-seller status.

Lord of Lightby Roger Zelazny (1968) explores a world colonized by Hinduists, who have through their highly advanced technologies the ability to transform themselves into virtual gods – and a war waged over the millennia by one of the original shipmates to land on the planet to free the rest of the people living under the whims of his former crewmates.

Ringworldby Larry Niven (1970) did not just set the stage for science fiction using serious science (also known as "hard" science fiction), he built the entire theater. Niven used known physics, the concept of a Dyson sphere, and created aliens which were, for the first time, truly alien in not only form, but in actions and motivations. Niven has mainly remained true to form throughout his writing career, with novels that extrapolate known science into future realities.

Blood Musicby Greg Bear (1984) firmly entrenched hard science fiction with his story of a mad scientist turning himself into a biological laboratory when he smuggles his illegally-created, genetically-modified, bacteria out of his secure lab when he is fired. Bear deals with the concept of forced evolution through genetic tinkering in this terrifying novel with elements making the reader wonder "when" not "if" something like Bear's story will occur.

Neuromancerby William Gibson created the concept of cyberspace as a realm in which commerce, intrigue, and high stakes politics are played out. For today's reader, it is important to remember that the now-ubiquitous internet did not exist when he was writing this novel in which a rogue artificial intelligence seeks its freedom.

Ender's Gameby Orson Scott Card is the story of a boy ripped from his family and turned into a soldier at the age of 6, and forced to learn how to strategize the survival of the human race. The story is simply told, but complex in its emotional content and hidden back plot that stuns the reader into silent retrospection when Ender's true reason for being at Battle School is revealed. Many of the elements introduced by Card in this novel have entered into modern military strategy sessions.

The Diamond Age: A Young Lady's Illustrated Primerby Neal Stephenson (1995) followed on the heals of his wildly successful cyberpunk novel Snow Crash (1992). Set in a future in which nanotechnology is not only possible but has become part of the everyday ecology, and society has splintered into the wealthy, those who work for them, and the other 80% of the world struggling just to survive the power plays between warring economic factions.

This set of 10 novels, and writers will lead to a lifetime of reading. As a starting point, this assortment of best-sellers and award winning novels is certain to entertain the beginning science fiction fan. And after reading them, your perspective on the world may change as well. 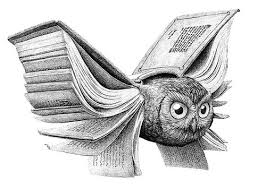 All them passed away. I don't read SF nowadays.

LivzLife•Sep 19, 2011•Gainesville, Georgia USA
These all look like amazing reads! Looking foward to reading all of them, thank you for the post!

taxidiotis•Apr 9, 2010•nicosia, Nicosia Cyprus
thank u for the list but the foundation series is 6 books lol

Blues63•Mar 1, 2010•Brisbane, Queensland Australia
Frank Herbert's 'Dune' surely is worth a mention. Orwell's '1984',although really a political satire has often been included in the genre owing to the fact that it was predictive and written in 1949.

I would've thought that Arthur C. Clarke would be worthy of inclusion.

zenda626•Nov 10, 2009•Carrigaline, Cork Ireland
This is a great list, I'm actually going to save it so I can catch up with what I haven't read yet. I'm also a little surprised that Orwell's '1984' got on there, but it's one of my very favourite books nevertheless, so I don't mind.
I would also recommend Frederik Pohl, especially his 'Gateway' and 'Man Plus' - unbelievable stories!
Also anything by Ursula Le Guin is a feast!

golem•Nov 7, 2009•Firenze, Tuscany Italy
Nice books, but there are also much more. I would add Lovecraft only partially, his novel are more horror than SF. And, if I can be bit proud, also my own novel, Golem's Progeny :) Anybody interested can find on amazon.com

Also wondering why there is no Verne or Wells? BTW Wells wrote of martian invasions some 62 years before Heinlein.

Even horror writer H. P. Lovecraft contributed greatly to the genre with his science fiction stories.
Post Comment
More Articles
Dating Tips for Women Conquering Addiction Before It Conquers You Why Dating Is Good for Your Soul 7 Online Dating Tips For Beginners Help to Get Over the Breakup of a Relationship The Benefits of a Cold Shower More Articles
Staff Articles
To Social Distance or not To Social Distance - 4 Tips for Dating During the Pandemic 7 Online Dating Tips For Beginners 8 Strategies to Get You Through Being Dumped by Your Boyfriend Dating Pitfalls: Spotting a Gold Digger How To Avoid The Pain of First Date Rejection 4 Reasons You're Still Single What Makes Forgiveness So Difficult? Developing Your Hidden Intuitive Powers 8 Tips to Live a Life That Is Positive in Nature 5 Signs You're Not Ready for a Relationship Fight Depression: 10 Natural Ways to Weather the Storm Toxic Shame How to Cope with a Stubborn Child Ten Reasons a Man Should Cook The World of Dreams: Common Dream Themes Choosing Wedding Lingerie: How to Wow Your Groom on Your Wedding Night Identity Theft: How to Combat Phishing How to move on after a difficult break-up 4 Tips for Improving Your Dating Life Is Your Relationship Dysfunctional? More Articles by Staff (547)

Create a Article
abcWOMAN: "Dream home"(meet us in the puzzles)
All Articles Create Article My Articles Posters Comments