Tips For Ending A Bad Relationship 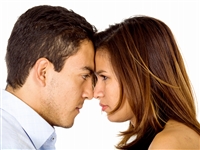 For some people, a "bad" relationship is caused by physical or emotional abuse (or both). If this applies to you, ending a bad relationship should be a priority before the situation escalates further. This is often easier said than done though, as abusive partners tend to have a strong hold on their victims. In addition, many victims are afraid that their abusive partner will continue to cause problems even when steps towards ending a bad relationship have been taken.

In this situation, it is probably a good idea to avoid ending a bad relationship face-to-face. If you are worried that your ex-partner may continue to cause problems, it may be worth contacting the local police and taking out a restraining order. While this may not be enough to deter him or her, there will be legal implications if the restraining order is broken. Another option is to become part of a specialist program that helps women to escape abusive relationships.

slimdzim•Dec 14, 2010•Redding, California USA
Value yourself. Trust your deepest instincts if you've given the relationship enough time and don't compromise your value or mortgage your soul and emotional health for sex, money, gifts or other cheaper things. . .wait for the real deal.

What if the person you are trying to end the 'bad relationship' happens to be the parent (father/mother) to your kids? And you want your kids to see their parent...That means you'll always have some sort of contact with them....Even with taking legal help to stop them having any contact with you...

leighlanj•May 14, 2009•South Jersey, New Jersey USA
Just say no~
Post Comment
More Articles
Forget Bad Boys: Women Like their Dating Partners to be Gentlemen Web Cams Dangers and Cyber Sex Blackmail How to let her go after the first few dates Is Your Relationship Threatening Your Independence? Ten Signs He Really Loves You Religion and Dating: How to Make An Interfaith Relationship Work More Articles
Staff Articles
7 Online Dating Tips For Beginners 8 Strategies to Get You Through Being Dumped by Your Boyfriend Dating Pitfalls: Spotting a Gold Digger How To Avoid The Pain of First Date Rejection 4 Reasons You're Still Single What Makes Forgiveness So Difficult? Developing Your Hidden Intuitive Powers 8 Tips to Live a Life That Is Positive in Nature 5 Signs You're Not Ready for a Relationship Fight Depression: 10 Natural Ways to Weather the Storm Toxic Shame How to Cope with a Stubborn Child Ten Reasons a Man Should Cook The World of Dreams: Common Dream Themes Choosing Wedding Lingerie: How to Wow Your Groom on Your Wedding Night Identity Theft: How to Combat Phishing How to move on after a difficult break-up 4 Tips for Improving Your Dating Life Is Your Relationship Dysfunctional? Whittle Your Middle: 5 Strategies That Work More Articles by Staff (546)

Create a Article
alb1954: "What do you think?"(meet us in the profile reviews)
All Articles Create Article My Articles Posters Comments