Some Newer Nature Photos by me

Here's 7 photos that I presented at a local photo club.
They enjoyed them.
Now here for your viewing...... pain or pleasure.

They were all taken shortly after the huge snow storm we received here in New Jersey,
about 18 inches on average with drifts even higher.

First there was a fairly warm day and I went to a small waterfall that I know.
I knew that some of the snow would be melting and make for a nice flow for the waterfall.
So, I went crunching through 2 feet of snow for 150 yards or so to get there & photograph it; 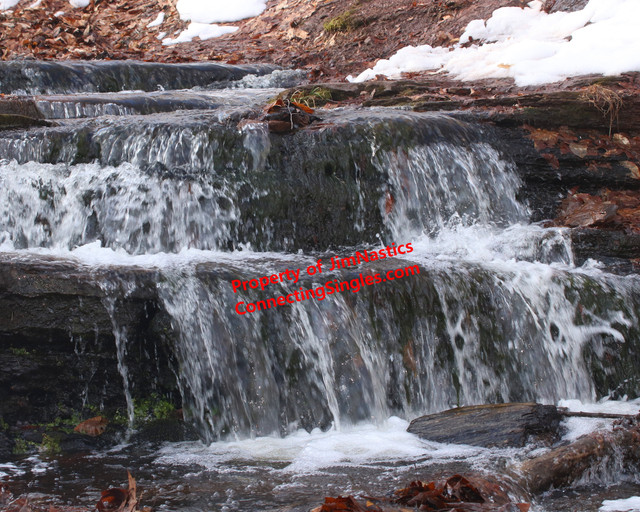 I also caught a naked tree silhouette of a cloudy sunset another evening; 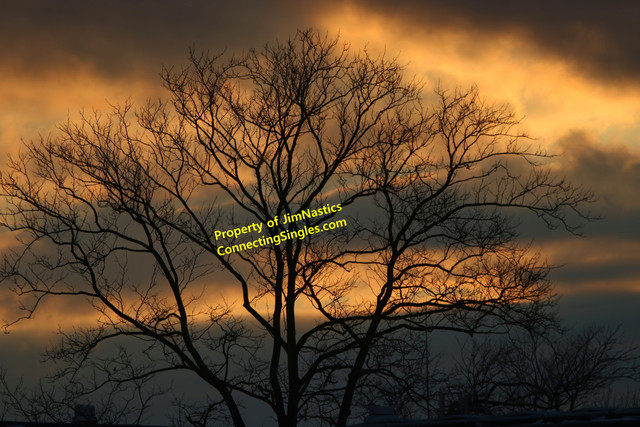 The ying & yang of a Canadian Geese couple 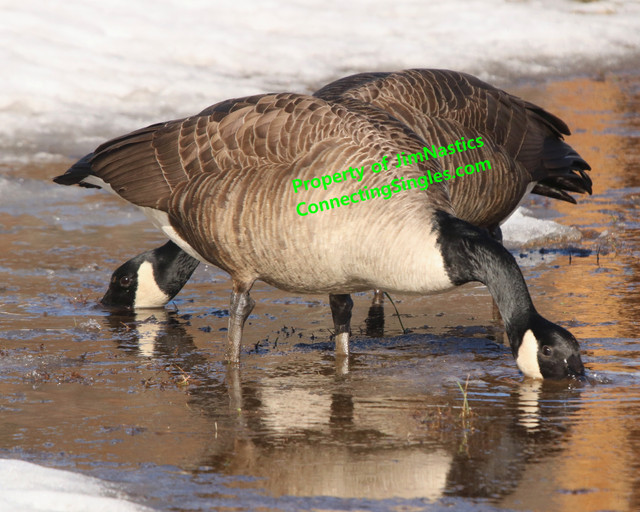 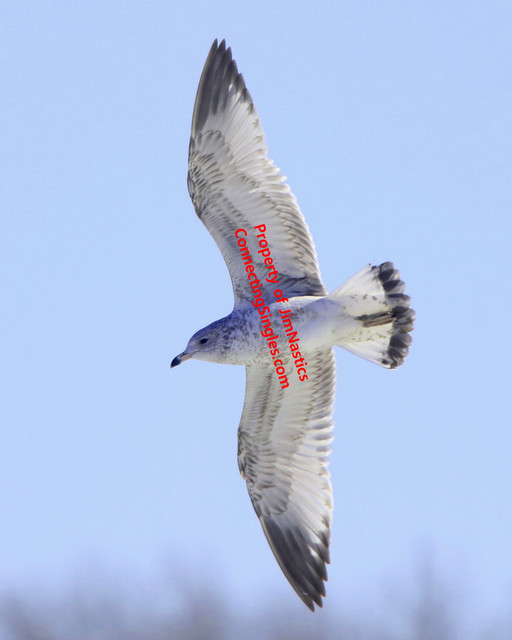 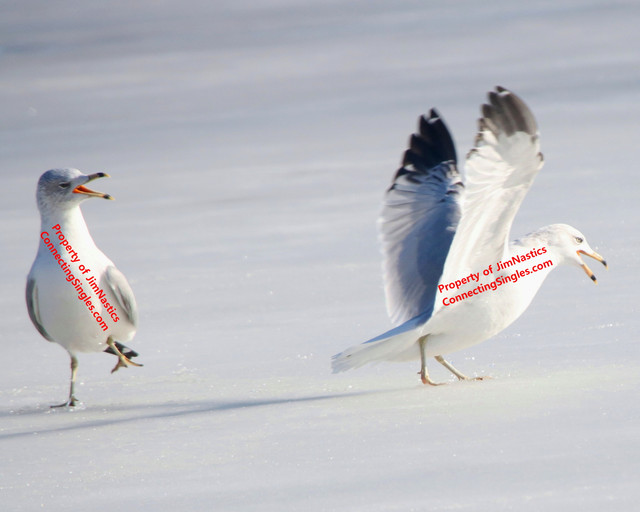 Right after I took that photo a small black mink walked almost
over my feet. By the time I switched lenses, it disappeared.

These next 2 are of a female redtail hawk, probably trying to lure me away
from her nest, even though I never saw her nest, while crunching through the woods.
Shortly after these 2 photos she flew higher up in a further away tree
and progressively did it a second time when I followed her. Smart bird. 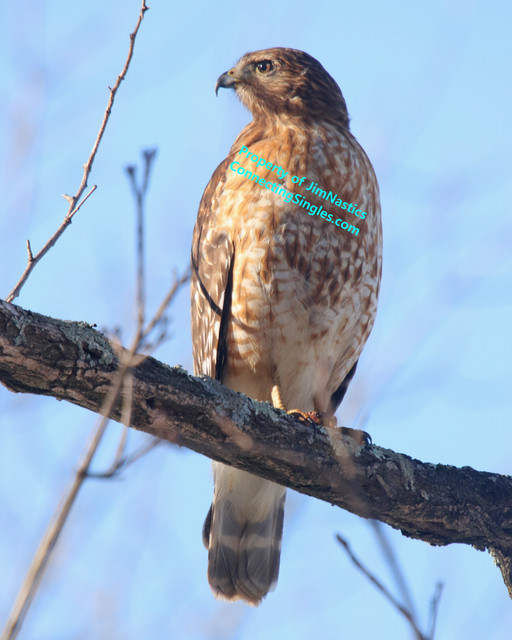 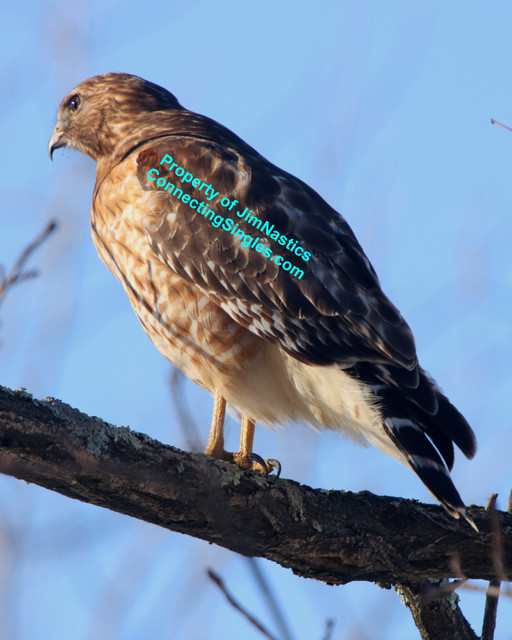 Hopefully, there was one or 2 that you liked.

CelticWitch64•May 4•Galway, Ireland
Jim, it is nice to see someone captured the moment the day I finally kicked my husband out

Need I say I'm referring to the gull one

online today!
hpylady_•May 4•Southern View, Illinois USA
I like all of them, but the redtail hawk is my favorite. I used to say hello to one on my way to work every day. I don't know if it was a male or female but would be on the same high wire in the same spot every day, looking for field mice.

The woman across the street from me lost her dog to tumors.
So, now the wild squirrels are her 'pets' (in her mind), that she feeds.
Well, squirrels are redtail hawk's favorite dinner menu.
I've seen as many as 3 redtails in different trees awaiting the squirrels around her house
to climb down to get their peanuts.
Unfortunately, I never have my camera, when they are there.
I usually see them when I am walking back home from a store.

I've had one in my backyard too. But, too hidden in the lush greenery to get a photo.

MiMiArt•May 7•Omaha, Nebraska USA
I especially like the waterfall one!

Did you take a dip in it?

I lov ethe waterfall and the sunset

online today!
JimNasticsOP•May 8•Kingston, New Jersey USA
M - I'm glad you enjoyed them.
Noooooooooooooo dip. It was much too cold for that.

C - I'm glad you enjoyed them.

For the birds ... loving the humor

online today!
JimNasticsOP•May 9•Kingston, New Jersey USA
I wasn't sure that slang would be understood in Ireland.
But, took a chance.

online now!
Tanzila•8 hrs ago•Kolkata, West Bengal India
Like all the birds but that tree catching my eyes most !!!!

online today!
JimNasticsOP•8 hrs ago•Kingston, New Jersey USA
T - I'm glad you liked them. I often use silhouettes in combination with sunsets, Sometimes it's boats on the water, or a couple kissing, or holding hands, or a statue. I have many sunset photos it's one of my favorite things to photograph due to the variety of colors.

online now!
Tanzila•8 hrs ago•Kolkata, West Bengal India
I don't have much knowledge about photography .. But from a viewers angle I can say , You are indeed a good natural photographer !!!

online today!
JimNasticsOP•8 hrs ago•Kingston, New Jersey USA
Thank you. That's very sweet of you to say so.
Post Comment
More Blogs
The grass isn't always greener... Chicken bone soup... Nets Skip White Lady Pelosi Thanking Black Man Floyd for Dying Just try - I dare you Halleys gonna be sending some debris our way in the night and day sky. Future anchor babies pouring into America More Blogs
JimNastics Blogs
"Oh Shirley, I simply must know where you got your nails done" This Mother's Day......the prank's on.....mom ! A very special happy birthday to...... It's just another day The coyote-wolf-dog John Oliver on the VAX Some Newer Nature Photos by me News - The Steele Dossier 2, Russia was listening & how you can get $250,000 I Know what you did last summer....and autumn.....and winter When you find things, it's the last place you look. Quote of the day - Joan Donovan PhD. Joke of the night Today's Famous Birthday is the lovely & very talented..... Happy Birthday to.... Jay Leno "I think it's best to let him play through" 'The Culture of Whales' - photos from National Geographic Dayum !! A Happy Weekend to all Constant source of humor NEWS - The Trump administration - the more we learn about it, the worse it appears to have been More Blogs by JimNastics (2,200)
JimNastics Contributions
Blog (2,200) Blogs (2,200) Forums (1,037) Threads (166) Movies (26) Games (12) Videos (7) Quizzes (6) Polls (2) Music (1) Poems (1) Poetry (1) Quizzes (1)

Create a Blog
abcWOMAN: "An old timber cottage"(meet us in the puzzles)
All Blogs Create Blog My Blogs Bloggers Comments