So far it's 24 dead at the Champlain Towers South condo in Surfside where a section collapsed last week.
Lots of news (and fears) about the approaching tropical storm, but South Florida had 2 days of perfect weather. Rescue work was suspended last night and the remaining portion of the building was taken down around 10:30pm in a controlled demolition.

The thought of that sickens me.

I read the collapse was to be away from the area where the first section fell so it didn't hamper continued rescue in finding as many dead as they could. At this point, there is no hope of recovering anyone alive.

I'm thinking of the residents to the 100+ apartments that remained standing. They were evacuated and not given a second to take any belongings with them.
Important things like identification, documents, jewelry, cash, keys all remained inside.

The whole thing was handled poorly. It's a fiasco to a degree beyond comprehension.

Both sides of the beachfront have been barricaded and the waters patrolled by coastguard. I haven't read anything about the

online today!
jac_the_gripper•Jul 5•Tonyrefail, South Glamorgan, Wales UK
When you said about law suits being filed on your other blog, I thought that doesn't help people now.

I get being grateful to be alive, but how do people function and start to rebuild without ID, access to bank accounts, work clothes, car keys?

It makes me wonder if I should have an emergency kit by the front door in case my new downstairs neighbours set their kitchen on fire again.

I'm also wondering if the collapse and 'controlled demlition' could destabilise other buildings in the area.

online today!
chatillionOP•Jul 5•Boca Raton, Florida USA
korn, Miami Beach is sand, sand and more sand. The condo is 100 yards from the ocean. If you dig down 30 feet salt water comes up. All construction in that area requires pilings driven into the ground with a monolithic slab on top.

online today!
JimNastics•Jul 5•Kingston, New Jersey USA
As sea levels rise, unfortunately, it should not be surprising if similar occurrences happen.
Living very close to the ocean on a sandbar as sea levels rise is increasingly hazardous.
This was exacerbated by ignoring structural flaws and deterioration.

gonelikethewimd•Jul 5•Osprey, Florida USA
Very sad that the residents were not allowed into their condos to get things they needed...or, those belongings that had sentimental value. I would have grabbed the important things, a few other things and been out of the building as soon as the first building fell. I couldn’t have lived in peace, much less slept peacefully...again.

So many lives lost and so many people who will have to start life from scratch.

online today!
chatillionOP•Jul 5•Boca Raton, Florida USA
They had more than a week to plan this out.

Round up all the residents for those apartments that didn't collapse.
Make appointments for teams of safety crews to go into apartments with list from the residents. 10 minutes max per apartment to search and return, 3 apartments per trip.
Everything gets video recorded working with ground crew with resident(s) as witness.
Get back, hand over the contents, proceed to the next 3 apartments.

They had time. Hundreds of thousands in losses could be avoided.

Ken_19•Jul 5•Winchester, Virginia USA
We can presume most of the missing by now are dead. One can only last so long without food, water and air. Being crushed by many tons of debris also doesn't help survival. Plus the fire in the bubble probably filled the air spaces with fumes that kill, so any digging that goes on is more archeological than being recovery oriented.

Since most sane occupants of the building probably self evacuated the instant the back half fell down before the front half did, I am not sure what you think should have been done about their belongings. The building is down and they are welcome to ask folks to pick through the rubble for the photo of their grand parents. Or maybe pick through it themselves in a month or three when the is being cleared for a new building. It is a condo so they had homeowner insurance. If they didn't, shame on them. Shame on any person who doesn't have homeowner or at least rental insurance. Stuff happens. Prepare and mediate before the event, not after. Perhaps the OP feels volunteers should have been sent into the provably rickety building structure so they to could be the subject of future rescue attempts? One of the articulated purposes of the US Govt is to provide for the common welfare, not the specific welfare. It was the job of government to declare the building unsafe and off limits. Sorry you lived there. Maybe a condo occupant can get somewhere with an Eminent Domain claim, but I think the couurts would prefer a homeowner's insurance claim instead. :)

John D McDonald (Travis McGee author) wrote a fiction novel about Florida condominium;s being poorly built and ready to collapse maybe 40 years ago. Durn good, well researched book. When I was in college studying soil engineering it was on the suggested read list. Of course I had already read it decades earlier, and already had a healthy aversion to high rise apartment or condo living thanks to that book..

Here is a link to getting a copy if you are so inclined. It is a good book and he was a good author.
https://www.amazon.com/Condominium-Novel-John-D-MacDonald/dp/0812985303

online today!
chatillionOP•Jul 5•Boca Raton, Florida USA
Agreed, no survivors.
3 more bodies recovered today.
It might be will be impossible identifying bodies from here on in.

online today!
Lukeon•Jul 5•Port Elizabeth 6000, Eastern Cape South Africa
When this type of disaster happens my first thoughts are always directed to if the builders didn't skimp on the proper materials etc. Its unimaginable to think that one minute you're asleep and the next there is a ton of rubble coming down on you.

online today!
chatillionOP•Jul 5•Boca Raton, Florida USA
Built 40 years ago to the standards of the time. It was the residents and association who avoided a special assessment over a hundred thousand per apartment. No or minimal maintenance after leaks and structural damage was evident.

"Officials made the decision Wednesday to cease search and rescue operations, putting an end to the hopes of finding survivors beneath the rubble."

"No survivors have been pulled from the rubble since the day the building collapsed, when 37 people were taken out alive. One of those survivors later died at the hospital.

The official death toll increased to 54 on Wednesday after eight more bodies were recovered. The number of people unaccounted for dropped to 86, a figure that has remained fluid as investigators continue to verify the list of those missing."

My guess is those remaining in the rubble are crushed within the cement structure. Once the heavy machinery moves in and more bodies are uncovered, it will be very difficult (maybe impossible) to identify the remains.

online today!
jac_the_gripper•Jul 7•Tonyrefail, South Glamorgan, Wales UK
When recovery teams were searching through the ashes and debris of Genfell Tower, it was like, "Is this a bone, or a bit of chair leg?"

The heat was so intense a lot of bodies were incinerated.

online today!
lovecanbereal•Jul 9•Sydney, New South Wales Australia
And people say that there is a God?.........

online today!
Mercedes_00•Jul 9•Greater Sydney, New South Wales Australia
Always remember there are a zillion people worse off than ourselves

online today!
lovecanbereal•Jul 9•Sydney, New South Wales Australia
It has been quite an issue, in Sydney, of late...

The other problem (as I see it) is the weakening of Workplace Laws, with regard to Unionization. The Australian CFMEU usually ensured that the job was done right in the first place (despite their unpopularity, with certain Liberal Politicians); this from a bunch of useless c*nt s in Canberra, who have never worked an honest physical day in their lives!....

Unfortunately, if you want something done well; you actually have to pay people a fair and reasonable wage to do it.....

(Again, In refer to no particular builder, or construction company....

online today!
lovecanbereal•Jul 9•Sydney, New South Wales Australia
Yes, the mania of politicians (of the Liberal persuasion) to weaken unions, introduce punitive workplace laws; and attempt to erode unionization on building sites. From the pampered Political Class, who have never done any real physical work (let alone hard physical work), such as that to be found on building sites....a bit rich coming from these types of people, isn't it? (Well, at least I think so)..............

online today!
raphael119•Jul 10•washington d.c., District of Columbia USA
A design flaw in one of the tallest buildings in New York City made it highly vulnerable to collapse from high wind loads. An architecture student noticed it and notified the original designers. The Architects design board ignored her communication, probably amused. Later a chief Architect looked at the plans and realized she was right. The buildings collapse might have dwarfed 9/11.
http://www.slate.com/blogs/the_eye/2014/04/17/the_citicorp_tower_design_flaw_that_could_have_wiped_out_the_skyscraper.html 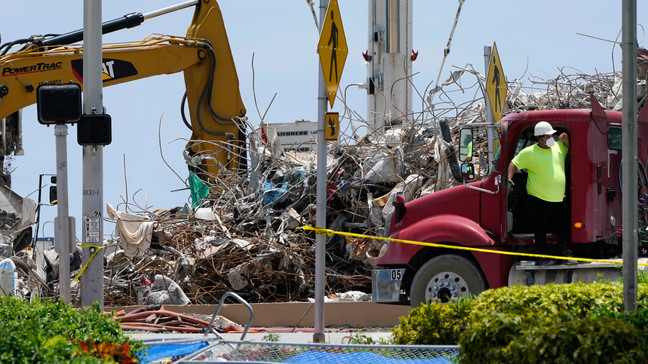 Post Comment
More Blogs
Snakes season is here. British Parliament Unloads On Biden: ‘Biden May Have Condemned The World To Chinese Domination I'm detecting a nervousness in our commy grubs around here . Best Message How to make your wife or significant other happy Doing away with the Bible, without destroying it. More Blogs
chatillion Blogs
Morning Dew... The Deadly Drive-Thru... Electronic Music... Half-mast... If you are looking for Granny... Sometimes, CS reminds me of... Bombero... Slower traffic keep right... Pair of diddles... Charile Watts Livin' in a polygag and givin' off spock... Doomsday Preppers... Mooo... it's not good for you! Maitland? All of you... The age of Aquarium... What if? Got Milk? Spinoff Blogs... It appears your wish hasn't been granted... Soda that makes you cry... More Blogs by chatillion (1,070)
chatillion Contributions
Blog (1,070) Blogs (1,070) Videos (165) Forums (141) Threads (6) Polls (5) Recipes (1)

Create a Blog
Youcannow: "Why is it that only ugly women & lesbians ……."(meet us in the forums)
All Blogs Create Blog My Blogs Bloggers Comments