Know the Rules: A Guide to 21st Century Dating 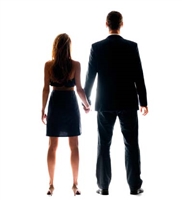 If the world of dating isn't living up to the romantic films you've seen and steamy novels you've read, it's time for you to take some time out. Although a passion-killer, you need to get realistic. Unfortunately, no one's going to save you from a burning building, confess their undying love and then waltz off into the sunset with you. Dating and relationships in the 21st century have a whole new set of rules. Here are some tips that will help you get clued-up and back into the dating scene.

Back when society suggested that women should only aspire to getting married and giving birth, their whole future could depend on one successful date. Thankfully, times have changed. Don't put too much pressure on yourself to make every single date work. If you're trying too hard to be beautiful, funny and smart, it's quite possible that your date will be disappointed at not getting to know the real you. Also, accept that sometimes, that spark isn't there and it's okay to cut your losses. Pick yourself, brush yourself off and look forward to meeting someone new.

The dating game has changed. When dating, do not assume or demand exclusivity on his part. Going on dates with different women is his opportunity to discover who he 'clicks' with and is perfectly normal. You don't want to come across as controlling, so on the first few dates, don't question him about the women he's recently dated. The good news is that YOU should date people on exactly the same terms. Don't miss out on going on a date with a super guy just because you went out on a date with someone else last week.

The internet has changed everything

Getting yourself out there and into the dating scene is as simple as uploading a photo and writing a few sentences about yourself. You don't have to pin your hopes on meeting someone at work or through friends anymore. The internet has widened the pool of men to date, so take advantage. If you research dating sites thoroughly before signing up, and ensure to follow safety guidelines, there's no reason why you wouldn't meet the man of your dreams online. A site like connectingsingles.com is totally free to use, has loads of free features to get acquainted, and is a great place to get started.

You can make the first move

Most men won't think any less of you if you're the one to instigate the first date. Even if you're giving off some serious, 'I'm interested in you' signals, some men won't get the message. You may have to make it more obvious and ask him out on a date. However, men still like to have responsibility so you may suggest, 'Would you like to go on a date sometime?' then let him take it from there, choose the time, and the venue.

Settling the bill remains a tricky subject. If he pays, will you be viewed as a freeloader? If you are adamant that you should split it, will you emasculate him? The best way to approach the bill is to offer to pay half, and if he resists, accept his offer to pay in full. Even if you've had a fabulous time, don't be too insistent that you want to chip in. You made the offer to pay, so he knows you're not dating him for his wallet. If he accepts your suggestion to split the bill, that's fine. Some men recognise an independent woman and such an act shouldn't be looked upon with disdain. If he suggests that you pay the majority or the exact amount for everything you ordered, it's time to move on.

Although modern dating is a level playing field for men and women, that does not give the men you date a free pass to be ungentlemanly. If he's late to dinner, takes a day to respond to messages, lets his table manners slip and is generally impolite, remember, that's not a 'modern man,' that's a boor. And if he's sexually suggestive at first, he's likely a player who is not serious about anything else. If his behavior unsettles you early on, it's only going to become more troublesome, so cut your losses and move on.

Don't be put off by 21st century dating. Although it's time to put your high expectations to rest, there's still plenty of romance and excitement to go around if you change your approach. The new rules do not mean you need to give up your 'old fashion' morals or standards. It's about finding new ways to apply them. Relax, be realistic, get into the modern dating game, and you're bound to meet the right guy for you.

Post Comment
More Articles
How to Be Happy in 8 Steps I am picky? Internet Predator and Romance Scammers What Scares You? 25 Bizarre Phobias You Probably Never Knew Existed Rebound Dating 5 Texts That Will Ruin Your Potential Relationship More Articles
Staff Articles
Developing Your Hidden Intuitive Powers 8 Tips to Live a Life That Is Positive in Nature 5 Signs You're Not Ready for a Relationship Fight Depression: 10 Natural Ways to Weather the Storm Toxic Shame How to Cope with a Stubborn Child Ten Reasons a Man Should Cook The World of Dreams: Common Dream Themes Choosing Wedding Lingerie: How to Wow Your Groom on Your Wedding Night Identity Theft: How to Combat Phishing How to move on after a difficult break-up 4 Tips for Improving Your Dating Life Is Your Relationship Dysfunctional? Whittle Your Middle: 5 Strategies That Work How to Trust Again Supporting a Friend Who Is Grieving 10 Weird Trends of 2017 How to Tell if You're Dating an Alcoholic Good Reasons to Dump Your Man How to Avoid a Miserable Relationship More Articles by Staff (540)

Create a Article
Alex7: "A Big Kiss For you ... "(meet us in the ecards)
All Articles Create Article My Articles Posters Comments